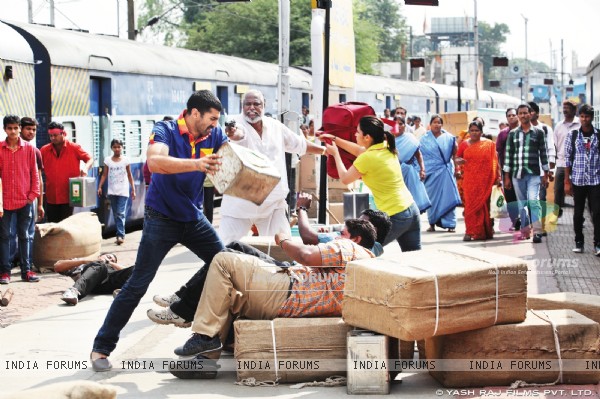 Parineeti Chopra had a tough time shooting for her soon to release film Daawat-e-Ishq. She plays a hyderabadi girl in the film and part of the film is based in Hyderabad.

A particular scene from the film is shot at Hyderabad railway station. This shoot was the actress' toughest shoot ever. The team shot guerrilla style at the crowded station. There were a lot of people at the station inquisitively looking at what was going on. Moreover, there were no barricades or area cordoned off so it was difficult to keep people out of frames.

Also both Parineeti Chopra and Aditya Roy Kapur were recognized by the people around because of their popularity and so they kept shouting out their names. They shot for two days continuously for that particular scene.

Parineeti states this as her toughest shoot ever but it is also a very different experience and one of the most memorable shoots for her.