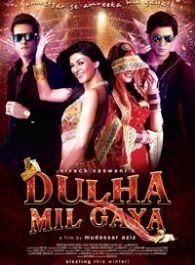 Featured Video
Starring: Fardeen Khan, Sushmita Sen, Shahrukh Khan, Tara Sharma, Ishita Sharma
Release Date: January 8 2010
Story: Dulha Mil Gaya is a heart warming tale of four individuals each of whom have different takes on relationships in their lives. Donsai (Fardeen Khan), a young commitment phobic debonair, is petrified with the idea of terms like 'marriage' and 'long term relationships'. Samarpreet (Ishita Sharma), a quintessential Punjabi girl, for whom relationships are to be cherished and lived by. Shimmer (Sushmita Sen), a diva from the world of glamour, for whom love and relationships aren't quite half as important in life as independence and 'success' are.
And lastly, Pawan Raj Gandhi (Shahrukh Khan), P.R.G., for short, a suave multi millionaire whose heart still remains larger than his bank balance and for whom winning love is the only victory there is. When paths cross for these four characters, fireworks go off and they not only land up influencing each other with their outlook on relationships but also get influenced themselves and learn a whole new meaning of the term. 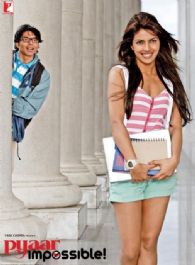 Starring: Uday Chopra, Priyanka Chopra, Dino Morea, Anupam Kher,
Release Date: January 8 2010
Story: 'Pyaar Impossible' is the story of Abhay (Uday Chopra) and Alisha (Priyanka Chopra) - Abhay who is a nerdy, awkward, socially challenged and bespectacled geek and Alisha who is the epitome of beauty that any man would willingly rip his heart out for! And when these two worlds collide you get:1 Beauty + 1 Geek = Pyaar Impossible! Abhay has quietly loved Alisha all his life. One day he musters up enough courage to go and express his true feelings to her and realizes that it is never gonna happen. He comes to terms with the fact that Alisha is a Princess and he is just a Geek. That is when their ways eventually part. Later in life, their paths cross again, as Abhay is busy trying to launch his career. Fate again brings him face to face with the woman of his dreams, Alisha. Will Abhay have the strength to believe in himself and attempt to achieve what he never thought possible? Will Alisha ever be able to see the man behind those glasses, beyond what her idea of the perfect man is? Is everything fate or can one take destiny in their own hands? Is this possible or just Pyaar Impossible? 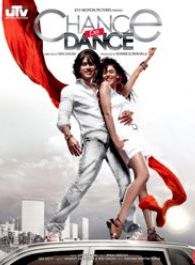 Starring: Shahid Kapoor, Genelia D'Souza,
Release Date: January 15 2010
Story: Shahid Kapoor(Sameer), is a talented and passionate young struggling actor. Just when Sameer is promised his big break, he is left without a house as he cannot pay his rent.Sameer then starts living in his car, and gets work as a dance teacher for kids, who hate dancing and have never won a competition and Sameer hates kids, but at the end they bonds with eachother. Story continues when the director, who was to launch Sameer, wants to choose his star through a talent hunt, Genelia (Tina), a choreographer, who met Sameer through his struggle to the fame, helps him to take a part in the talent hunt. Will Sameer by the love and support of the kids and Tina win the competetion?? Watch the movie to find out:)
Gossip: Yahoo was the working title of the movie but they eventually chose the catchy Chance Pe Dance. Star was also considered in the initial stages but a movie called Superstar starring Kunal Khemu released in early 2007. The makers thought that if a movie with Kunal Khemu, who is hardly a star, can be called Superstar, how can a movie with Shahid Kapoor, who is a sizeable star with a huge fan following, be called only Star 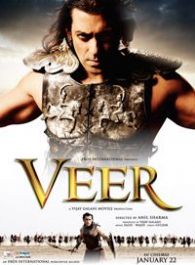 Starring: Salman Khan. Mithun Chakraborty, Sohail Khan, Jackie Shroff
Release Date: January 22 2010
Story: An epic love saga. As the British enslave India with their devious Divide and Rule policy, kings and nawabs fall to their guile and cunning, and entrust their precious kingdom to the foreigners. Except for the brave Pindaris, who prefer death to dishonour and will fight to their last breath to save their land...their mother. The bravest, the toughest, the strongest of the Pindaris is Veer. As Veer takes on the might of the British Empire, he also has to fight the conniving King of Madhavgarh as well as his own jealous tribesmen. But then the stakes are high... At stake is his love for princess Yashodhara, daughter of his sworn enemy... At stake is his thirst to avenge his father's dishonour... At stake is his very existence itself....
Gossip: The film's story is penned by Salman himself. It's a story inspired by Nikolai Gogol's book, 'Taras Bulba', and Salman penned it many years ago. 'Veer' is produced by Vijay Galani and directed by Anil Sharma of Gadar fame. 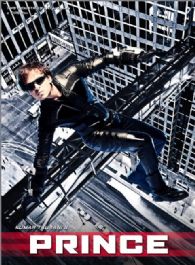 Starring: Vivek Oberoi, Nandana Sen, Niroo Singh, Sanjay Kapoor
Release Date: January 22 2010
Story: One of the savviest thieves in the world commits the biggest heist of his life. He wakes up next the morning to realize he has a gunshot wound on his arm that he doesn't remember getting. In his quest to find answers he discovers his name is Prince (Vivek), he used to work for a man named Sarang and his girlfriend's name is Maya (Nandana Sen). He is being hunted by the secret service of India- I Grip, the CBI and the biggest white collared criminals in the world. He is the most wanted man in the country because only he knows the whereabouts of the heist, which contains a secret that is linked not only to his loss of memory but threatens the future of the Human Race. Nothing and no one can be trusted. Every day he meets a new girl claiming to be Maya... Every cop and criminal in the country is out for his blood... He doesn't remember where he has hidden the Heist... He doesn't know which side of the law he is on... His life is at stake... The future of mankind is at stake... Prince has no one but himself to trust... Failure is not an option... He has just 5 Days of his life... Time is running out will he survive...
Gossip: Four songs in this movie are sung by famous Pakistani singer Atif Aslam. Vivek Oberoi's first break as solo hero. 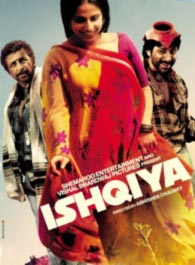 Starring: Naseerudin Shah, Arshad Warsi, Vidya Balan
Release Date: January 29, 2010
Story: Set in eastern Uttar Pradesh, the movie is a tale of romance between individuals caught in a web of crime, suspense, passion and deceit. Two thieves, Khalujan (Naseerudin Shah) and Babban (Arshad Warsi), are on the run from their boss, Mushtaq. They seek refuge with an old friend but instead meet his widow, Krishna (Vidya Balan). As they plan their escape, their time spent together draws the duo to her, Khalujan with his vision of old-fashioned love and Babban with his lascivious heart. The threat of imminent death forces them on a path of violence and betrayal.
Gossip: Ishqiya have had a lot trouble releasing, beacuse of censor board. Its said Ishqiya got a lot offending work. 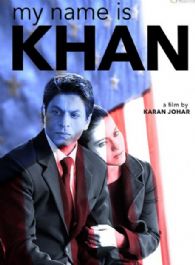 Starring: Shahrukh Khan, Kajol, Jimmy Shergill, Zarina Wahab,
Release Date: February 12 2010
Story: Rizwan Khan (Shahrukh Khan), a muslim child who has asperger syndrome, grew up with his mother ( Zarina Wahab) in the Borivali section of Mumbair. As an adult, Rizwan moves to San Francisco and lives with his brother and sister-in-law. He falls in love with Mandira (Kajol) whom he later marries.After 9/11, Rizwan and Mandira begin to face a number of difficulties which causes them to separate. Rizwan then begins a long journey across the United States to win Mandira back.In the process of his journey, he "inspires optimism and joy in the hearts of the people he encounters by spreading of messages of goodwill wherever he roams."
Gossip: Produced by Shahrukh Khan's wife Gauri Khan. First film with Shahrukh Khan and Kajol after ten years. American actor Cristopher B. Duncan portray President Barack Obama. Tanay Chheda will portray Shah Rukh Khan's character as a child living in the Borivali section of Mumbai. Chheda was chosen because he resembles Shah Rukh Khan and because he is recognizable to an international audience after portraying "middle Jamal" in Slumdog Millionaire. 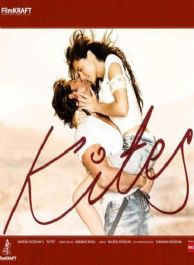 Starring: Hrithik Roshan, Barbara Mori, Kangana Ranaut
Release Date: March 12 2010
Story: The film has Hrithik playing a man named J, who once used to be a clever, street smart, charming guy, but is now a wanted man. To add to his woes he's left to die in the scorching heat of the Mexican desert. Only one desire keeps him alive, to find the woman he loves. That woman is Natasha (Barbara Mori). She is engaged to another man, but that makes no difference to J. If loving her brings down loads of troubles on him, J would happily bear it all. What is the fate of this love story where the lovers don't even speak each other's languages? While she talks in Spanish, he speaks Hindi with a smattering of English. Kangana Ranaut completes the love triangle by adding another angle to the Hrithik-Barbara love story. 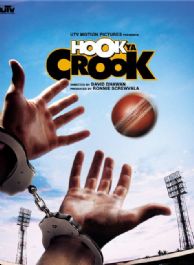 Starring: John Abraham, Genelia D'Souza, Kay Kay Menon, Mahendra Singh Dhoni, Uday Chopra, Shreyas Talpade,
Release Date: March 19 2010
Story: Hook Ya Crook Hook Ya Crook tells the story of Viraj Pradhan, a boy with unlimited passion for the game of cricket and who aspires to play for the Indian Team one day! Alas, it seems like his dream will always remain a dream when he is sentenced to a maximum security prison due to his reckless behaviour. In the prison, he discovers that the dangerous inmates are as passionate about the game as him and soon he is in huge demand... thanks to his talent! With his new rag-tag group of friends, a tyrannical warden and his never ending lust for the game, Viraj renews his search for a way to achieve his dream of playing cricket for India!