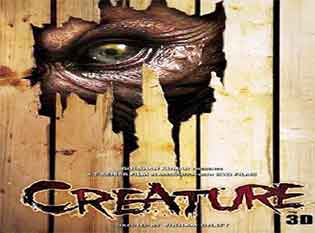 Director Vikram Bhatt is keeping the look of the scary creature of his film "Creature 3D" a secret, but he has revealed that it finds its inspiration in Indian mythology.

"Creature films in the west are mostly scientifically based, like a genetic mutation happens or some chemical change. Our creature is mythologically based...it's a character derived from our ancient stories. What exactly it is, for that you would have to see the film," the 45-year-old said here while launching the film's trailer Wednesday.

The filmmaker is proud that the 'creature' has been created in India itself without any help from foreign studios or technicians.

"At the risk of sounding a little arrogant, we are here to see something that has never been done in India before. For the first time without any foreign studio's help, without any foreigner coming here, we have indigenously created a CGI creature, lifelike, in 3D and given the scares, thrills and chills," Bhatt said.

He even indicated that he would like to dabble more in this genre in the future.

"Before I move on to more genres, let me enjoy this genre because this is something that has just come about," he added.