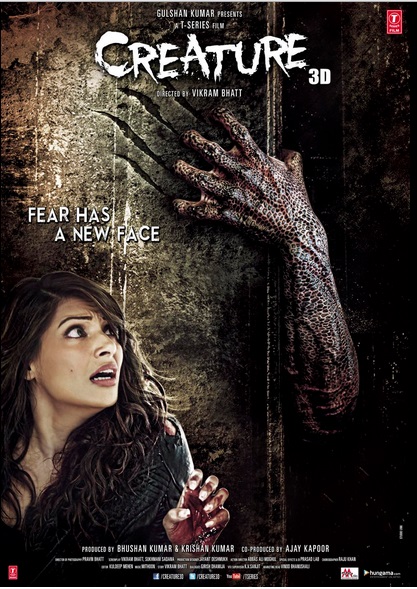 The promotions of Vikram Bhatt's Creature 3D, starring Bipasha Basu and Pakistani actor Imran Abbas, is in full swing and the makers have shot a new promotional track for the film as a new Marketing strategy. The track ' Saavan aaya hai' is a passionate number and was shot in Mumbai in two days with Rajneesh Duggal and Surveen Chawla.

A source close to the film says,' Rajniesh and Surveen have recently shot for a promotional video for Creature 3D. The song is a passionate track and has been voiced by Arko and Arijit Singh. Rajniesh, who has worked with Vikram in films like 1920, Phhir and Dangerous Ishhq, did this promotional video without asking any questions. Vikram just requested him to shoot for the video and he immediately agreed. And he hasn't charged absolutely anything for the track.'

The source further adds,'Rajniesh, who is quite shy in real life, had to do a passionate scene with Surveen. Surveen, who was last seen in Hate Story 2, is quite bold and confident in front of the camera, thanks to the exposure she had in the film. She was quite capable of pulling off an intimate scene, but Rajneesh on the other hand was quite shy. Usually, it is always the male actors who have to pacify their female co- stars during intimate scenes. But this time, it was the other way round as Surveen made Rajneesh comfortable. But considering the professional that he is, after a couple of takes Rajniesh was quite comfortable during the entire sequence.'

The track has turned out exactly as envisioned. Rajneesh and Surveen were quite comfortable with each other and their chemistry has come out very well on screen.