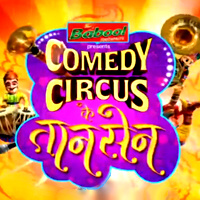 SMP, the censor body which keeps a check on the content of television shows, recently had a tiff with the creative team of Sony TV's Comedy Circus Ke Tansen regarding the script of the show.

A little birdie chirps, "Two weeks back there was chaos in Optimystix production house as few people from SMP busted into the office and caught hold of the creative team of the house. SMP was not happy with the content used by the participants in the show."

It seems that the team uses renowned names from Bollywood and Politics to make their comedy act crispier. A source says, "The issue was raised due a joke that was cracked on Saif Ali Khan, Kareena Kapoor and Amrita Singh's relationship which led SMP to bump into the production and sort the issue."

Talking about the final outcome the source informs, "For two days there was no work done on Comedy Circus Ke Tansen as the creative team was busy having meetings with the SMP. Henceforth the audience will get to experience a refined content on  the show with less number of jokes on popular figures."

A source from the production house confirmed the buzz.

We tried to get in touch with few contestants of Comedy Circus Ke Tansen, but everyone seemed to be clueless.

+ 3
9 years ago why r ppl such haters for!!!
like srsly some ppl actually like these shows alrite. not that we enjoy laughing at others screw ups but they just for good laughs and ppl don't even remember what has been said by the end of the show. plus actors already know this is in good intention if it gets too far than ok but no one personally cares. and also i respect these shows b/c they give spotlight to ppl who have talent, comedians don't get light unless it was for these shows. plus i don't think many ppl can make a person laugh without insulting something or another.

+ 3
9 years ago plz either end this show or bring new participants as im tired of seeing the old faces...

ZainZaidi 9 years ago I really hate all these comedy shows... it seems as if Comedy Circus will never end... please bring more reality shows like Bigg Boss and Zor ka Jhatka... the jokes on these show are much more better than the miserable comedy on these shows.

9 years ago The quality of both shows are just below standard, it's third grade comedy.

+ 5
9 years ago thats dumb... y cant they make fun of public figures?... its a comedy show after all! western shows say much worse things but its never an issue!

+ 4
9 years ago Sony should relieve viewers from Comedy Circus for a few years.