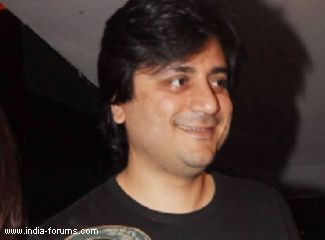 The story and not the stars is what appeals to audiences, says filmmaker Goldie Behl, adding that small budget movies are a less riskier proposition.

"I don't think the presence of stars in a film matters to audiences. If the storyline is interesting and the film is made well, the audiences forget about the stars," said Behl, whose last big budget directorial venture "Drona" (2008) failed to live up to expectations.

"A big star cast might compel viewer to buy a ticket and watch a film. If the movie is not up to the expectations, then it won't leave right impact on the audiences. So at the end of the day, what matters is the story and how the film has been made, nothing else," he added.

He is quite right. Last year small budget films with not so big names like "Shor In The City", "I Am", "Tanu Weds Manu", "Shaitan", "Dhobi Ghat", "Delhi Belly" and "Stanley Ka Dabba" not only satiated the audiences' appetite with interesting stories but left a lasting impression as well.

Behl's recent production is "London Paris New York" and interestingly, the small budget film with Aditi Rao Hydari and Pakistani actor Ali Zafar in the lead roles has been appreciated by both viewers and critics.

"Since they are low budget, such films address a particular class of audience. They are not trying to please a wide audience. In 'London Paris New York', we have tried to cater to the urban Indian youth and I think we have managed to achieve that," said Behl, who is married to actress Sonali Bendre.

"When you are focusing on a limited audience, not only the budget automatically becomes small but also comes complete clarity about what kind of film you want to make. That's what works for these small budget movies," he added.

As small budget films usually involve new faces - both in front of and behind the camera - it is important to publicise and market them in the right manner.

"I am happy with the kind of appreciation and acceptance we have got from the audiences. I am sure the money invested would be easily recovered. All is well and what is really encouraging is that there are new talents are floated in the market," said Behl.

The filmmaker's next release is "I, Me Aur Main" starring John Abraham, Chitrangada Singh and Prachi Desai. It too is made on an economical budget, with debutant director Kapil Sharma wielding the megaphone.

No Bail for Rhea Chakraborty and Showik Chakraborty? Bombay ...
2 minutes ago

Arjun Bijlani and Reem Shaikh in Ishq Tanha is a soulful ...
20 minutes ago

Devoleena Bhattacharjee thanks Sunil Grover for giving new ...
43 minutes ago