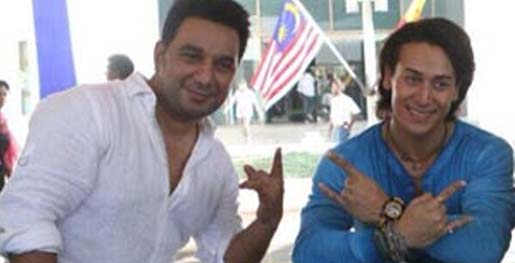 Choreographer-filmmaker Ahmed Khan is all set to direct Tiger Shroff in his next and says the film will have lots of contemporary action and dance sequences.

"Yes, talks are on and I will be directing Tiger in my next film. I can't think of anyone else for this film because he is the only actor who can justify the character in my film. My film will have lots of contemproary action and huge number of dance moves in it and Tiger can pull it off," Khan told IANS.

"It's a youth-oriented film. And Tiger has a huge fan following which will help the film. The youth will connect with this film," he added.

The leading lady in the film is yet to be decided.

"It's too early to reveal any names right now. We have liked the script and once things fall into place, we will look for the leading lady. As far as Tiger is concerned I know him well. He is a close friend and we wanted to work together ever since 'Heropanti'," said Khan, who choreographed the actor in the 2014 film.