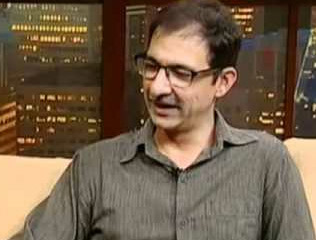 Director-writer Habib Faisal, who is enjoying the success of "Ishaqzaade", says though technology has made filmmaking easier, one cannot ignore the importance of a sound story in a movie.

"Films are always going to be concept-driven. Yes, technological advancements have happened, they have made filmmaking easier for all of us. But the key thing is always going to be the concept, whether it was 'Mughal-e-Azam' or 'Pyaasa' or 'Do Bigha Zameen'...'Paa', 'Stanley Ka Dabba' or whatever," said Faisal here Sunday at Subhash Ghai's acting school Whistling Woods.

Faisal, whose made debut with "Do Dooni Chaar" featuring Rishi Kapoor and Neetu Singh, recalled how the senior actress got excited on seeing new equipment in the dubbing studio.

"When I made 'Do Dooni Chaar' with Neetu Singh, she was making a comeback after 30 years. The films were dubbed even then and they are dubbed even today. She was very inquisitive when she came for the dubbing and was looking at all the new equipment like a child," said the director, who also won a National award for the film.

Habib started his career as a news cameraman and later turned screenwriter and penned dialogues for films like "Ta Ra Rum Pum", "Band Baaja Baraat" and "Ladies vs Ricky Bahl."