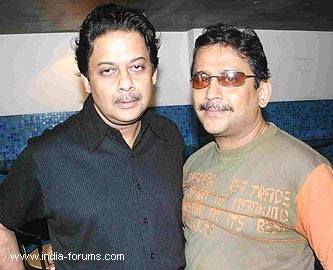 Anand-Milind, who composed music for hits like "Qayamat Se Qayamat Tak", "Anjaam" and "Dil", are making a comeback to Bollywood after six years with "Yeh Khula Aasmaan".

"It feels great to come back to Bollywood mainstream music after a while. We wanted to make sure that the album is equally special. We can proudly say that this is one of our best works so far and hope that the audience feels the same," Milind said at the unveiling of the "Yeh Khula Aasmaan" music Tuesday.

Also present at the occasion was the cast of the film -- Raghubir Yadav, Yashpal Sharma and debutants Raj Tandon and Anya Anand -- along with debutante director Gitanjali Sinha.

The album has six soulful tracks and is distributed by Saga Music.

Releasing May 25, the film is about bridging the generation gap and the portrayal of a determined human spirit supported by strong family values and systems.