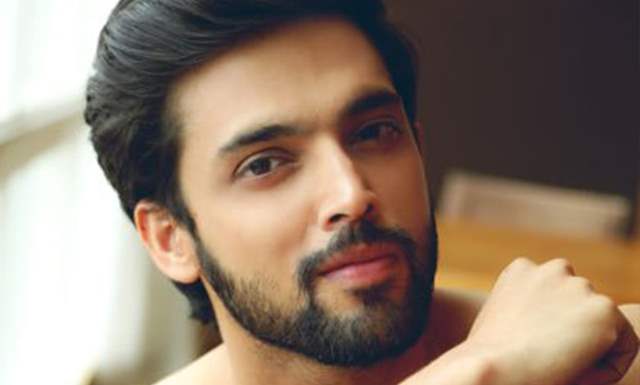 Parth Samthaan who is currently seen as Anurag in Kasautii Zindagii Kay has been making headlines. The actor was recently tested positive for COVID-19. After which the whole cast and crew also undertook the test which was done on the set.

After two weeks of self-quarantine, Parth informed on his social media that he has tested Negative and later, he also posted a picture of him meeting his mother in Pune. However, post this, there were few comments stating that the actor has violated the rule of moving out of his flat. To this, he took it to his social media and mentioned it in a tweet that after being home quarantined for 17 days and suffering from Panic attack, the actor decided to go to his hometown in Pune.

Now the latest report is that the society where he lives in, DBWoods Co-operative Housing Society in Mumbai has sent out a complaint. It states that the floor was unsealed after 14 days on 27th July but a section of the lobby was kept sealed till 31st July. He stepped out and used the lift as well as the lobby.

Watch out this space to know more update 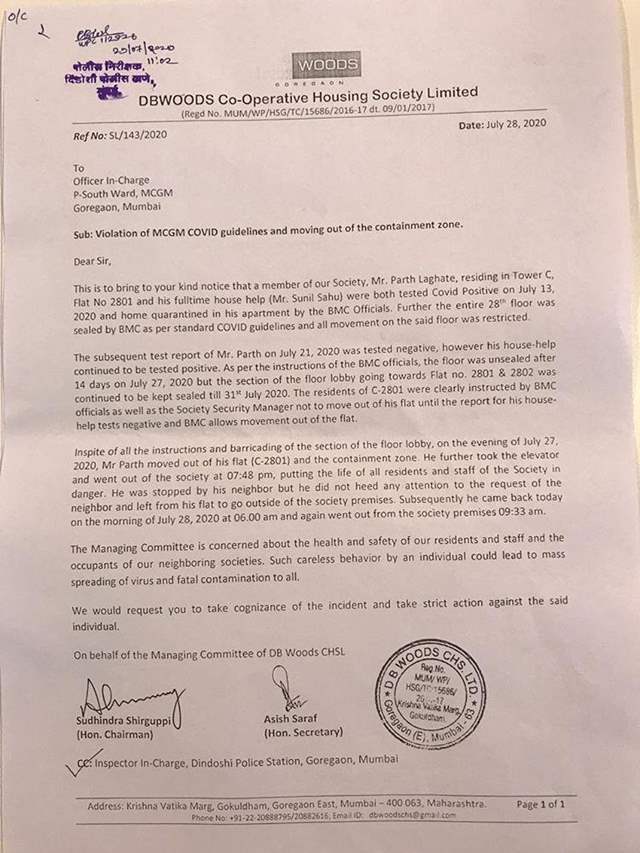 RapChick101 2 months ago While I understand that this could easily be because of Parth’s mental health and being confined and all, nothing takes away from the fact that what he did wasn’t right and extremely dangerous for others around him. It was pretty careless and that can’t be justified.

Camren11 2 months ago How the hell does he have such loyal fans? He seems to have no care for others his recklessness can harm others..he is taking the pandemic too lightly

Muskie 2 months ago What an idiot. Sometimes I wonder how people like him have fans who worship him

luvumjht 2 months ago Reckless! If you want to put yourself in danger it is your choice but you cannot harm others. It is a crime and people should be punished for it.

shwetha85 2 months ago good job. They need to learn their ethics and lessons. no one is dying here to see him immediately onscreen.

burnnotice 2 months ago He’s reckless, no bones about that. Now he’s using panic attack as an excuse. Smdh

pyar-ishk 2 months ago Good for Parth for taking care of his mental health, and surrounding himself with family. Hopefully he learns his lesson and starts being more careful with his health and others.

Nakuul Mehta and his powerful narration: Times when he hit ...
8 minutes ago

Erica Fernandes shares a glimpse of music video with Harshad ...
52 minutes ago