Bangalore, Feb 4 (IANS) The coloured version of black and white Telugu classic 'Mayabazar', which created many box office records when released in 1957, has been released. It is tax free.

The coloured version was released Jan 30 with 55 prints and the Andhra Pradesh government has given it full tax exemption. The new version is an initiative by Trinity Infra Ventures Produciton house. R.B. Chowdhary, who is one of the top producer-distributors, has marketed the film under the banner Super Good Films.

'Mayabazar is a work of passion and today's filmmakers will certainly realise the monumental efforts that were made by the artists and technicians while making this film,' A. Nageshwara Rao, who played Arjun in the film, said in a video interview.

Except for a few artists like Nageshwara, other actors including N.T. Rama Rao, Savithri, Relangi and Rangarao are dead.

The film was dubbed in Tamil and Kannada and both of them were equally successful. 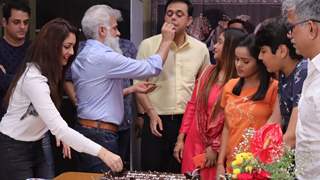