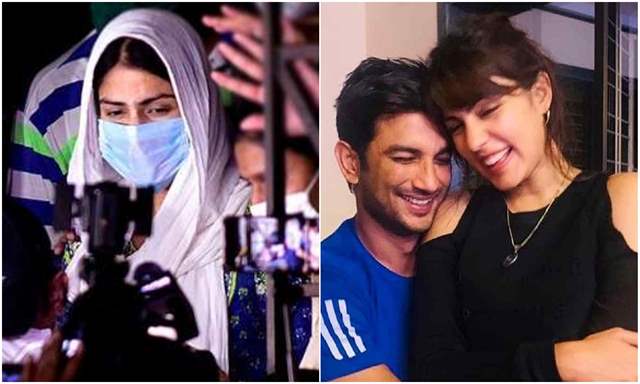 Rhea Chakraborty was arrested on September 8 2020 by the Narcotics Control Bureau. Her brother Showik Chakraborty, Samuel Miranda, and Sushant's house help Dipesh Sawant have also been arrested by the NCB under various sections of the NDPS (Narcotic Drugs and Psychotropic Substances) Act including possession, purchase and transporting, financing illicit traffic and more.

In the latest updates coming in, Rhea has given a 20 page statement where she made 5 explosive revelations about drug parties held at Sushant Singh Rajput's farmhouse, actors consuming narcotics substances and more.

According to CNN News 18, Rhea made these revelations during her interrogation with the NCB.

Revelation 3: "I have never attended the Lonavala drug parties"

Revelation 6: "SSR confessed a filmmaker introduced him to drug parties"

Meanwhile, according to a Times Now report, Rhea has alleged that Sara Ali Khan, Rakulpreet Singh, and Simone Khambatta used to do drugs with her and Sushant.

It is being reported that during the interrogation, Rhea and her brother Showik have named several actors, directors and producers who are allegedly related to a drugs cartel. Close to 25 big Bollywood names have surfaced and as per a Times Now report; the NCB will soon send summons to the ones named.

ChickenSoup 1 months ago Reminds me of the Jeffrey Epstein situation. He was arrested and then suddenly he was found dead in his prison cell and it was declared as a suicide which obviously it wasn’t. I wouldn’t be surprised if she ends up like Epstein.