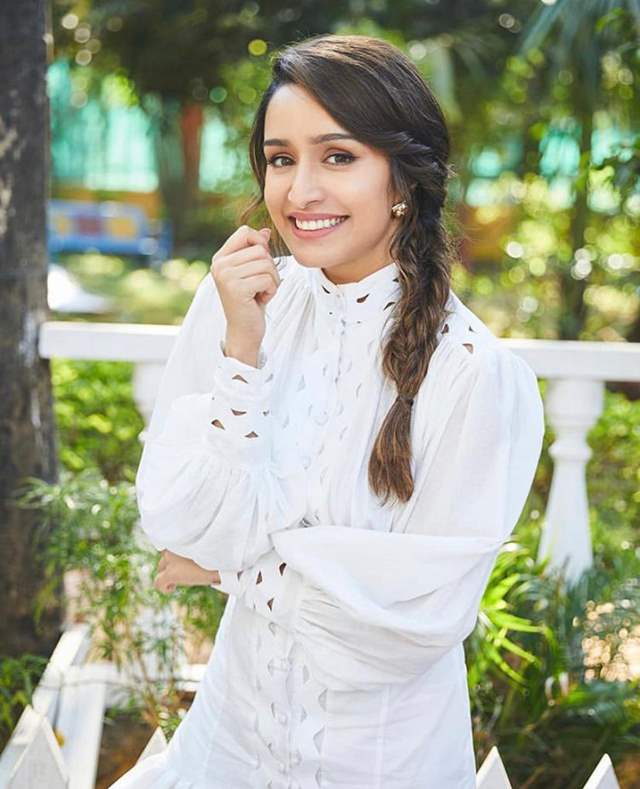 Whenever it comes to preserving the environment and ensuring to take care of the gift given by mother nature Shraddha Kapoor is one of the first people to walk in because of the love that she has for nature and for animals.

On more than one instance, she has gone out of her way to express her love for nature and the importance of preserving nature.

A source close to the actress has shared that she started off on a small note by using a wooden toothbrush and using buckets for taking a bath instead of showers.

Adding further the source revealed, "Shraddha also helped an injured crow, rescued multiple stray animals and ensured that they are in safe hands, she also recently marked her one year anniversary of turning vegetarian because she considers animals as her own friends. The actress was also part of the noble initiative of lockdownzoos which focused on banning zoos which was once again appreciated by all. Then she also raised her voice in order to not cut down the trees of the Aarey colony and a lot more."

Not just this but the actress also urges her friends, family and colleagues do their bit to save the environment.  Shraddha has also made multiple donations in order to save mother nature and is seen sharing various things that are going around the globe about the environment which is also a sign of an alert citizen.

During this difficult times of the lockdown, the actress has also been seen very actively participate in various activities related to the environment.

The actress serves as an inspiration and is constantly seen encouraging her followers to do their bit in saving the environment by planting new trees or by turning vegetarian or rescuing animals and so much more.