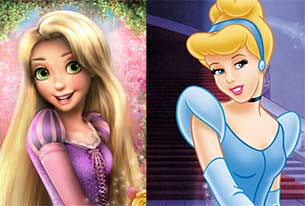 As a part of the second edition of Disney Princess Academy campaign in the country, three Disney princesses will travel to eight cities - Mumbai, Delhi, Kolkata, Bangalore, Chennai, Kochi, Chandigarh and Pune.

Disney Princess Academy gives an opportunity to fans in India to experience the stories and engage with their favourite characters. This year, 3,600 Disney princess fans will get an opportunity to participate in the event and eight lucky fans will also get a chance to star on Disney Channel.

"Our princesses are timeless, ageless and personify values that kids love and parents trust. Through the second edition of Disney Princess Academy, we hope to provide our fans with an opportunity to live their princess dream and meet their favourite characters," Roshini Bakshi, managing director - licensing and retail, Disney UTV, said in a statement.

"The Academy also encourages mothers and daughters to participate together, giving them an opportunity to bond and create lifelong memories," she added.

The Disney Princess Academy started Jan 5 in Bangalore and it will end Feb 2 in Delhi.