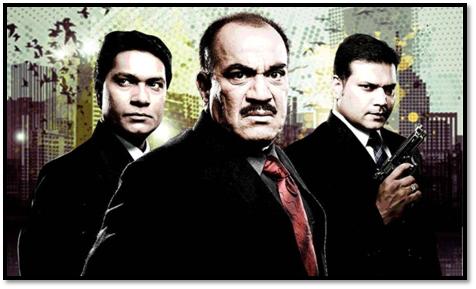 Sony Entertainment Television's longest running show CID will be facing yet another mysterious murder to be solved. The episode starts with ACP Pradyuman and Dr.Salunkhe coming across a man in blood stained clothes at a lake. The man seems abnormal and in a disturbed mental state when asked about the blood. He collapses and is rushed to the hospital.

At the same time, it is found that a mass murder of a family has happened and the killer is suspected to be none other than the boy ACP and Dr.Salunkhe took to the hospital - his name is Nakul and he appears to be mentally ill.

All the clues are against him and ACP seems to be favoring him. DCP Chittrole and CID team is taken aback by ACP's kindness to an alleged killer just because his name is Nakul and has even taken him home! ACP is also accused of stealing evidence from the crime scene to save him. Everyone is against ACP but there are also doubts that Nakul may not be the killer.

How will ACP prove his innocence? How will CID solve this mysterious case?

pinkpearl5 6 years ago Thanks for the article tele buzz! Keep giving us more! CID team is doing great! :D

Delnaaz Irani speaks about entering Choti Sarrdarrni, her ...
13 minutes ago

Madhrima Tulli & Ssharad Malhotra starrer “Pasta” gets an ...
32 minutes ago

Kareena Kapoor Khan’s 40th Birthday: Inside Pics give ...
49 minutes ago