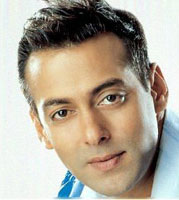 Featured Video
offer by Yash Raj Films. It seems that the actor has learnt something out of it and is now keen on working with them. After sorting out all the long back bitteries finally YRF has got something to offer Salman Khan.


The film will be an action comedy to be directed by 'Tashan' director Vijay Krishna Acharya and will also star actors R.Madhvan and Ravi Kissen.


There will be one more project starring Aamir Khan. Both the projects are still untitled. So its not just SRK and Saif but other Khans too joining the YRF camp.