Ekta Kapoor's Balaji Telefilms has been credited with many famous television soaps. From Kyunki Saas bhi kabhi bahu thi to Kasam Se, the 'K' queen is responsible for starting several soaps and changing the face of Indian Television to a large extent.

As her production house finally launches her hyped show 'Kasturi' on Star Plus, one expects a lot from it. The freshly started show has been well received by the audiences. Playing Kasturi's chacha is the very experienced and professional, Raja Sevak.
As we catch up with the star, he answers questions about the story of the show, his career, his future plans and much more! So read on for the special interview!

Tell us about your character in Kasturi
I am playing Kasturi’s Chacha.. My character has a grey shade, my side of the family is on the grey side, they have a conflict with kasturi’s family. We are trying to disrupt their life, it’s the typical family situation like every Indian joint family. 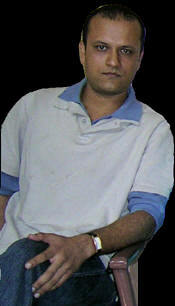 What about your character and how does your character fit in the whole story track?
Well, my character is still developing, the serial has just started, and yet only the main characters are developing and rest of us are still being introduced, and it will take a while till everything is stabilized. As far as relating to the character is concerned, well, being an actor, I have to relate to him. I myself need to bring in the grey side of mine to play this character. I might not like what my character is doing but as an actor its my responsibility.

We’ve heard that you are a acting professor? Is that true?
- Yes, I am teaching Acting at Roshan Taneja’s institute.

What does it mean to be creatively satisfied to you, and have you achieved it so far?
One has to try very hard to be creatively satisfied. When I play a character, I try to get as much satisfaction as I can playing the character. it’s a learning process at the end of the day. I guess, at times you aren’t satisfied with what you’re doing, but then you start experimenting with your character. I’ve done Astitva, Saath Phere, K. Street and I’ve done a good variety of roles. I’ve learned a lot as an actor playing that role.

How is the story going to evolve now with you?
It all depends on the TRP. Story on television keeps changing.

What next?
I’m doing an English play as of now. We are performing in Chennai, there is some theater festival over there.

Well with professional attitude like that and lots of determination, we are sure that Raja will be able to achieve all his goals and dreams. All the best to this talented star on behalf of India-Forums!

+ 3
15 years ago Looks like finally he got good role. He was also shown in small roles in negative characters. He did two roles in Saat Phere, one of an actor/singer who is stalking Rewa and then a lawyer.. (looks like he changed his carrier)..He did couple of other serials on zee where he played lawyer..

He is a good actor..