Hyderabad, May 21 (IANS) Glamour is making a comeback to Andhra Pradesh politics as top Telugu film stars are lining up to take a plunge in the run up to the next year's elections.

While superstar Chiranjeevi is gearing up to launch a new political party in June, the actor son and grandsons of former chief minister and superstar N.T. Rama Rao are all set to jump into the fray.

According to sources close to Chiranjeevi, the actor is likely to float his party next month. His key advisor and brother-in-law Allu Arvind and others are working overtime to finalise the arrangements for the launch. Fans and some groups supporting the actor are already holding meetings at the district level.

Chiranjeevi, one of the highest paid actors in India who is dominating the Telugu film industry for two decades, will be following in the footsteps of the legendary N.T. Rama Rao, better known as NTR, who floated the Telugu Desam Party (TDP) in the early 1980s.

The thespian came to power within nine months after launching the party, ending the monopoly of the Congress over the state politics.

While speculations were doing rounds for few months that Chiranjeevi was planning to launch a new party, Arvind recently gave broad hints that he would take the plunge soon.

Meanwhile, the stage is set for the political entry of other popular Telugu film stars and family members of NTR.

The move is expected to strengthen TDP to counter both the Chiranjeevi factor and the ruling Congress ahead of elections next year.

While Balakrishna is expected to contest 2009 elections on TDP ticket, the grandsons would campaign for the party.

The family members of NTR would gather at the NTR Trust Bhavan, the head office of the party here, to celebrate the birth anniversary.

However, former chief minister Naidu and his brother-in-law N. Harikrishna would celebrate the occasion at Jaggaiahpet in Krishna district.

The TDP chief is currently touring the state and Harikrishna, who is also the party MP, is accompanying him.

Balakrishna, whose daughter was married to Naidu's son last year, recently played a crucial role in bringing other family members close to Naidu. He convinced Junior NTR, the popular young actor, and other grandsons of NTR to take part in Naidu's yatra.

They are likely to address a few meeting during Naidu's tour in coastal Andhra, where they have huge fan following.

The party has decided to celebrate NTR's birth anniversary on a grand scale across the state. Every year TDP holds a mahanadu or convention to mark the occasion but this year the mahanadu has been postponed in view of Naidu's yatra.

Balaiah, as Balakrishna is popularly known, recently said he was ready to contest but it was up to the party leadership to give him ticket. He also announced that he would actively campaign for the party.

Once described by NTR as the true successor to his political legacy, Balaiah was instrumental in ensuring that his brother Harikrishna is made Rajya Sabha member.

While Balaiah has been making efforts to bring the rest of the NTR family closer to Naidu, his sister N. Purandareshwari has made it clear that she could never forgive Naidu for backstabbing her father. 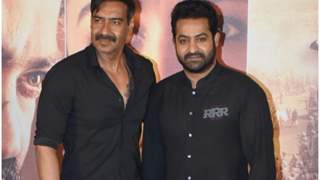