Jhalak Dikhhla Jaa At Its Best!

A Determined Mika vows to set the stage on fire! 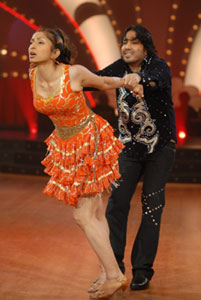 Featured Video
Mika Singh is a person with a different lifestyle. He has the reputation of being in bed late until noon; but now, this habit of his, affects his shooting schedules. The buzz around is that Mika always turns up late for his rehearsals, and does not take his dance lessons seriously. Mika has managed to drive all and sundry crazy, but his choreographer Tanushree vouches for him and his commitment. Mika, after last week’s low scores, is now ready to pull up his socks and work harder, and prove to all that he is not a loser. A determined Mika is trying his level best to sizzle on the Dance Floor and put his best foot forward. Says Mika, “I don't care about the scores but I need the best comments and motivation from the judges. I can't let my fans down. This times performance the judges will have to be on my side.”

This new zeal of confidence in Mika has certainly surprised his choreographer, but is this eagerness to do well, just too late for him? 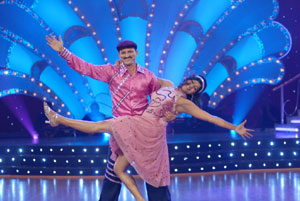 Mr. Negi is having a Gala Time in Jhalak. Already tagged as the most popular contestant, Negi Saab has more reasons to smile, as he has his colleagues and Chak De girls cheering for him always. His support system does not end here; as one can see his family and friends too, gathered around to give him emotional support. Talking about support, his pretty wife is always there to give him a standing ovation, each time he performs… So Negi Sir, Chake De on the Dance Floor….. 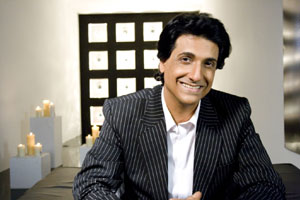 Shiamak Dawar is a perfectionist, no wonder he is the King of the Dance Floor. Being in Jhalak, Shiamak is forced to speak in the National Language, and he is leaving no stone unturned in learning new phrases that can express his exact feelings. Naming a few, Shiamak’s comment on Sudha Chandran’s Salsa performance as ‘Jhakas’ and his comment on Prachi Desai’s makeover with the phrase ‘Aapka Paseena Chamkega’ have really been the talk of Jhalak. So here’s wishing Shiamak all the very best with his Hindi lessons…


Watch Shiamak this Friday, October 5 at 9.00 p.m. on Jhalak Dikhhla Jaa ! You may never know, he might give you a leasson or two in Hindi...

Jay Bhanushali, the chocolaty boy with pleasing dimples, was believed to be shy. But its now time to rewrite this statement, as Jay turned out to be the smart cookie on the sets. He took everyone by surprise, when he offered to talk for few minutes before his performance. So what did he wish for? A dance with the vivacious Urmila Matondkar… Yes, you heard it right! An apprehensive Jay said that this might be the last chance for him, before the eliminations start.

Now how did he manage to take Urmila to the dance floor? He went on his knees, in true ‘Filmy Isthyle’, and asked Urmila for a dance. A surprised and shocked Urmila, could not refuse, as all was being captured on National Television. She sportingly accepted Jay's request and danced to the delight of all and fulfilled this 'chocolate liquor' as she calls him, his only wish.

Watch out for more on this ‘Chupa Rustum’ Jay’s histrionics on stage this Friday, October 5 at 9.00 p.m. only on Sony Entertainment Television.

For more Tidbits on Jhalak and much more, dont miss to read this space, right here, on India Forums' Telly Buzz.... 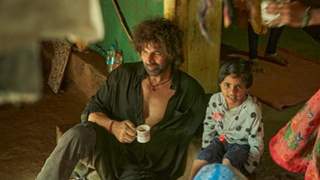 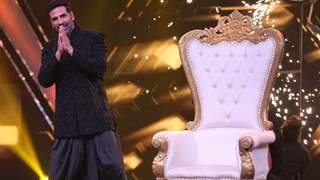 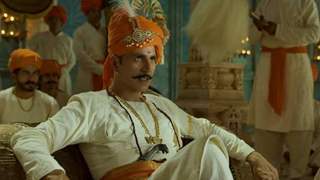 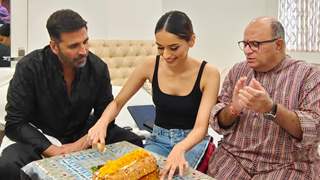 14 years ago This review is almost dead on...the only thing that was missing was an unpredictable ending. A taboo subject handled with taste - Rani is excellent as are the others.

The best scene in the movie -Watch how Sarkar cuts the sequence where Rani calls her mother back home just before her first sexual compromise...superbly shot!

14 years ago i think jalak's this season is getting better
this is my fav. dance show
well boogi woogi as well

14 years ago Thanks for the tidbits... can't wait to see Ronit ane Negi sir's performances. And of course Jay's little number with Urmila!

Cant wait to watch it!

+ 2
14 years ago aawww how cute jay asked urmila to dance with him...
cant wait to watch their performance...

Ronit and Sandhya rock the show to the core.. cant wait for their performances tonight !