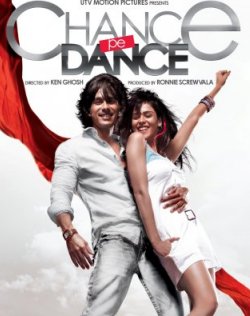 After giving Bollywood some of it's most accredited films, Shahid Kapoor's next venture is Ken Ghosh's, 'Chance Pe Dance'.  The film is based on the dance theme and also seems to showcase Shahid's acting career as well.
'Chance Pe Dance' is about a young man who enters a reality show, after being rejected multiple times. Shahid had a similar story in his real life. He was required to give multiple auditions before he got his debut film, 'Ishq Vishk'.  The movie explores the struggles that reality TV show participants face after their limelight's shine down.
The only key difference with the plot line and Shahid's life was that he did not struggle financially. However, Shahid confirmed that the storyline does share similarities with his life, yet it was not deliberately, but merely through coincidence. In the end, the movie portrays a good proportion of Shahid's real life.
Apart from the comparisons between the actor's life and the film itself, 'Chance Pe Dance' excels in enhancing Shahid's best quality; his skills in dance.


You can catch,'Chance Pe Dance', which also stars Genelia D'Souza and Arshad Warsi, on the big screen, January 29th, 2010!