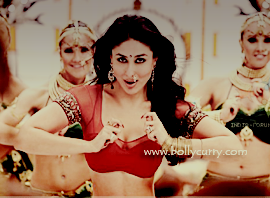 aken everyone by the storm!

But has any of you fans wondered what, or rather who, was the inspiring muse behind the unusual item track? None other than Bollywood's leading lady, Kareena Kapoor!

Ra.One, like any superhero flick, centers primarily around the good guy, the bad guy, and their war - which means the focii are Shah Rukh Khan and Arjun Rampal. Not surprisingly, Bebo in being the 'damsel in distress' wanted her share of limelight. Thus, the idea of "Chammak Challo" was born! When the project was offered to the actress, she was made aware of an exclusive song that was being pictured keeping her, and only her in mind! That claimed, Bebo was won over and immediately signed the much-anticipated venture!

If Chamak Challo outdid the fame of Munni and Sheila for you, say aye!