Telly Buzz was the first to report that Cezanne Khan will soon make a comeback to television with a show on NDTV Imagine, produced by Bohra Films. Along with him, will be seen the very versatile Rahil Azam, and the concept of the show will be more or less similar to the very popular movie of yester years, Seeta Aur Geeta.. 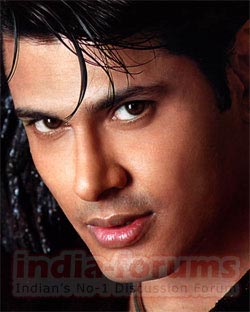 Featured Video
Confirming this news to Telly Buzz is Cezanne, who said, “Yes, I have finally got what I wanted. It feels nice to get back to work”.

When asked about his long break post playing the very popular character of Anurag Basu in Kasautii Zindagi Kii, the actor quips, “It was a break by default. It was not that I did not want to get back to television, but I did not get anything meaty enough all this while. Though I cannot talk much about my role in the show, I would like to tell you that this new version of Seeta Aur Geeta will be bigger than a normal serial, and will appeal to the viewers for sure”.

“I am very confident about my role, though I cannot talk about it right now. I did not want to go in for yet another saas-bahu saga, and wanted to do something creative that will showcase my versatility. I feel this show is worth the entire wait”, adds Cezanne.

Ask him whether he will want to be remembered as Anurag Basu or as his new character, the dashing actor quickly states, “Why should people forget Anurag Basu? I have given my best to the character for seven long years, and here I offer something totally different. The two roles cannot be compared. It’s just that I hope viewers like me in this new avtar”.

So what has the actor been doing during the long break? “I had a blast of a time. For nearly half of the year, I was touring abroad”, avers he.

So what are his expectations from his fans, now that he is back? “Well, I hope and pray that they like me in the show. I know that I have kept my fans waiting for quite long; I am now happy to announce my comeback”, says Cezanne as he signs off.

13 years ago its soo cool thats he is cuming back..i just loved him in kzk...he is still soo cute...very nice..all the best cezanne