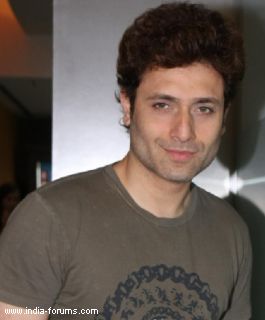 The on-release Shiney Ahuja starrer 'Ghost' has received full censorial treatment - its excessive gore-content prompted the board to make severe cuts. Director Puja Jatinder Bedi says that some of the cuts have been unjustified.

'The censor board cut one of the most important scenes in my film. It's a scene where the ghost gets crucified like Jesus Christ. The scene was very pivotal for the screenplay,' said Bedi.

'The censor board felt that the crucifixion would hurt religious sentiments of the Christian community. Also, the brutality was being perpetrated on a woman. The blood and gore content is high enough for 'Ghost' to be rated as the most violent film ever. So, the censors have toned down all the murder sequences,' she added.

However, when contacted, J.P. Singh, the censor board's regional officer at Mumbai, said that the crucifixion sequence had only been reduced, not removed.

'That scene is still there in the film. Only its length has been shortened to reduce the impact of the extreme brutality shown on a girl. The examining committee has given five-six cuts. All of them were extremely brutal. There was a scene showing a dead body's legs being cut. Another excessively violent scene showed a girl being beaten for a very long time by many people,' said Singh.

Aneri Vajani says 'Have apprehensions about shooting for bold scenes'