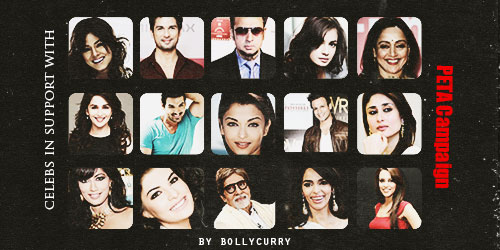 Animals are a man's best friend but time and again they have been exploited mercilessly by us, Homo sapiens, for our own greedy needs. The organization PETA (People For The Ethical Treatment Of Animals) was founded in 1980 which follows the motto "Animals are not ours to eat, wear experiment on, or use for entertainment". This week BollyCurry brings to you a list of Bollywood celebrities who support this charitable cause. 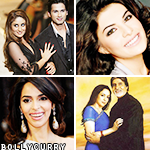 Going vegan is the latest trend and a few of our Bollywood celebs have embraced the humane diet. Mallika Sherawat, Jacqueline Fernandes, Kareena Kapoor, Hema Malini, Amitabh Bachchan and Shahid Kapoor have all given up on ingesting meat. Vivek Oberoi decided to become vegetarian after watching a video on the violent death of animals in slaughter houses. Vidya Balan also believes that abstaining from meat has helped her lose weight. 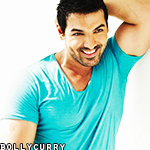 John Abraham, a loyal PETA activist, has raised his voice on various instances. His letters to the ministry to ban the use of bulls as entertainment for jallikattu (the Indian version of bull fighting), and the inhumane conditions the dancing monkeys of Mumbai are subjected to are just two examples. He has also appealed to the ministry to ban animals performing in circuses and campaigned against keeping birds in cages. Abraham has also appeared in various print ads for the cause he strongly believes in. 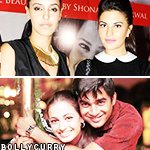 Testing cosmetics on animals and their ingredients has now been put to an end after the intense campaign by PETA and actors Dia Mirza, Jacqueline Fernandes, Neha Dhupia and R. Madhavan, who have showed their support and appreciation via Twitter. During the release of Joker, Chitrangda Singh also posed with the aliens from the movie to lend her support on the campaign which protested the ban of testing of cosmetics on animals. 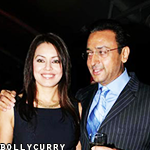 The Wills India Fashion Week 2012 saw Mahima Choudhary and Gulshan Grover wearing vegan animal print designs on its first day. The late Jiah Khan had posed in an ad wearing a leopard print suit whilst caged. Lauren Gottlieb, who burnt the screen with her dance moves, appeared in an ad to ban circuses where she was chained with a two metre high life like elephant. She held a card which encouraged people to unchain elephants. 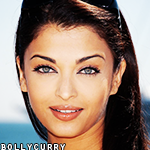 Blue eyed beauty Aishwarya Rai Bachchan had written a letter on behalf of PETA when she had heard an endangered black rhino was sold for canned hunting in South Africa. This successfully resulted in the tame rhino being released and spending her last few days in a sanctuary. PETA have also asked her and Abhishek Bachchan to campaign against the cruelty of birds in a letter. 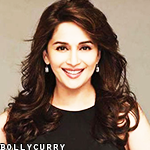 Other celebrities who deserve a mention are Madhuri Dixit Nene who rescued seven pups on the Jhalak Dikhhla Jaa sets, Raveena Tandon who adopted two of them and also appeared in an ad campaign to do the same, and Trisha who appealed to the mayor of Chennai to stop the imprisonment of 30,000 street dogs in a pound.


BollyCurry honours the contribution of our celebrities and encourages its readers to support the same in any way they can; adopt an animal instead of buying, do not buy that leather bag, belt, wallet or those shoes you set your eyes on. Your support will definitely go a long way.
Writer: Vibha B.
Editors: Shreya S. and Jenifer Y.
Graphics: Virina R.
13 Likes