With it being National Doctor's Day, BollyCurry takes a glance at all the Bollywood actors whom doctors around the world have served. In other words, here comes an article with those celebrities who have endured medical problems in the past and have emerged victorious and healthy. 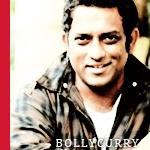 Having won multiple Best Director awards for the much-loved film Barfi!, ace writer-director-producer Anurag Basu was diagnosed with Acute Leukemia in the year 2004. While this incident may have taken place around 10 years ago, it is being brought into light to highlight his dedication towards his craft. Tumsa Nahin Dekha - A Love Story, staring Emraan Hashmi and Dia Mirza, was half-directed with Basu on the hospital bed and the director dictating camera angles with use of a dicta-phone. Mahesh Bhatt and Mohit Suri completed the film as he underwent chemotherapy and bravely fought off the cancer. 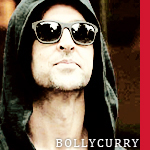 Last year, one of Bollywood's finest actors underwent a brain surgery for a blood clot. The nation's first super-hero who fights off villains in reel life, Hrithik Roshan, managed to fight them off in real life as well, as he appeared healthy after the successful surgery in a foreign land. He was treated by Dr. Mishra, a neurosurgeon at Hinduja Hospital in India, before Roshan opted for further treatment. It's a relief the surgery is successful and Hrithik's project Bang Bang has resumed shooting as well. 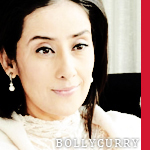 The last year also saw Manisha Koirala battling ovarian cancer. The actress, best known for her wonderful performance in Khamoshi: The Musical, appeared healthy in various socialite events, having been successfully treated at the Sloan Kettering Hospital in New York. The doctors involved in her treatment included Dr. Dennis Chi and oncologist Dr. Vicky Makker. With the loving support from her friends, family and doctors-turned-friends, Koirala is now happily living her life and treasuring each moment of it. 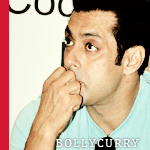 In 2011, the Dabbang man, Salman Khan, was diagnosed with Trigeminal Neuralgia, a nerve disorder that leads to periodic intense pain in the face. Khan, similar to previously mentioned celebrities, flew off to the United States for treatment. However, the complete treatment was delayed until last year, due to his hectic work schedule and the commitment it required. Now Khan has been treated and is very much hale and hearty! 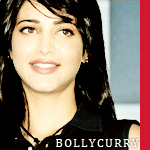 Early in January of 2014, Shruti Haasan is said to have gotten an acute appendicitis attack and had to undergo surgery. She underwent an appendix removal surgery at Jubilee Hills Apollo Hospital  and was quickly able to get rid of the stomach pain and resume shooting for Gabbar, along with promoting the Telugu film Yevadu. 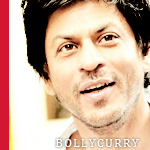 Later in the same month, an accident on the sets of Happy New Year led to the King of Romance, Shah Rukh Khan, being treated for a knee injury. After two weeks of rest and physiotherapy, the actor is back to entertaining his fans. The previous month also saw award winning music composer Illayaraja suffering from a mild heart attack.
With this, we conclude our article on the celebrities who've faced medical complications in the past decade. We, at BollyCurry, hope and pray these wonderful celebrities continue to flaunt off their talent and are blessed with prosperous health in the years to come.
Writer: Khushi P.
Editor(s): Ritchelle C. and Gunia M.
Graphics: Shikha A.
Do you have a suggestion or comment for BollyCurry? Drop us a PM at  BC_Dropbox today.
14 Likes

'Billions' Renewed For Season 6
40 minutes ago

Sneha Jain of 'Saath Nibhana Saathiya 2' Sacrifices Her ...
57 minutes ago