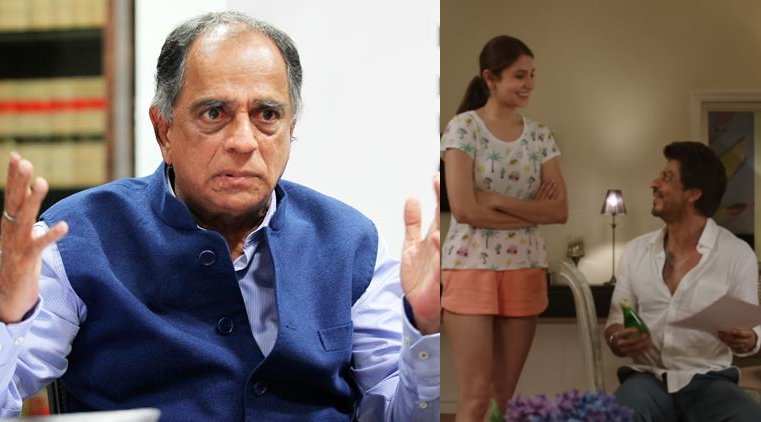 In one of the 'mini-trails' of Imtiaz Ali movie, actress Anushka Sharma is seen handing over an 'indemnity bond' to Shah Rukh, saying there won't be any legal ramifications if the couple ends up having intercourse.

In an interview to News X, Nihalani expressed his resentment.

He said: "Don't interfere with our work asking why we did this or that. We are doing our work and you do your own work. We have not given certificate to them, we have only given them certificate for digital, but then they don't require certification for digital platform."

"Media, who is showing their mini-trails, is wrong because any material from film on television needs certificate. Producers are not showing them, media is showing it."

Three 'mini trails', of 30 seconds each, from the film were released as introduction to the world and personalities of Harry and Sejal on digital platforms. But problem started when they found their way onto several TV channels.

Nihalani said: "It doesn't matter where the trailer is from; but if you need to show it on television, one needs certificate. That is the rule, everyone knows it. So, if television knows this, how come they are showing material without certification and permission?"

According to a source, the 'mini-trails' were always meant for digital consumption and never for television audience.

Namish Taneja all set to feature in 'Aye Mere Humsafar' as ...
10 minutes ago

Kareena has the Sweetest wish for Sara Ali Khan on her ...
21 minutes ago

'Sanju Has Always Been A Fighter': Wife Maanayata Releases ...
41 minutes ago

Akshay Kumar makes it to Forbes list of highest paid actors ...
an hour ago

Sushant’s sister Shweta is Proud of her brother as he says, ...
2 hours ago

Karan Kundrra: I just can’t express my excitement to be back ...
3 hours ago
View More
TOP