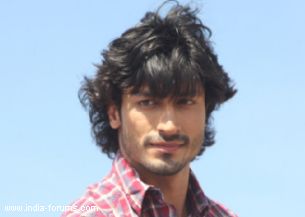 Actor Vidyut Jamwal, who will be seen in Tigmanshu Dhulia's "Bullett Raja", says the director is such a fine filmmaker that it's difficult to question his decision or doubt his instructions.

"It's not a big role in 'Bullett Raja', but the action I do in the film is completely different," Vidyut, known for performing brilliant action scenes in films like "Force" and "Commando", told IANS.

A national-level gymnast and an expert in Kalaripayattu - a form of martial arts from Kerala - the actor just followed Dhulia's instructions.

"Whatever he said, I did it in the film because you can't question a filmmaker like Tigmanshu, he is one of the greatest filmmakers in our country," he said of the director known for making National Award winning film "Paan Singh Tomar" and "Saheb Biwi Aur Gangster" series.

The film stars Saif Ali Khan in the lead role and its promos are already out and Vidyut is overwhelmed with the response to his work.

He said: "It's amazing and very overwhelming when you get positive response from the audience. As I said, it's not a big role, but the the bits and pieces that the audience has seen in the promos, they have liked it so far."

Sonakshi Sinha essays the female lead in "Bullett Raja" and this is her first film with Saif.

Vidyut Jammwal plans to give it back; To empower talented people with ...