It was another musical weekend with plenty of options to choose from. While Mission Ustaad aced it on both the days, the other three shows were not as impressive on Friday. But on Saturday, it was indeed a treat for all music lovers. Be it the retro nostalgia, or masti or salute to life – the viewers could not have asked for a better deal. 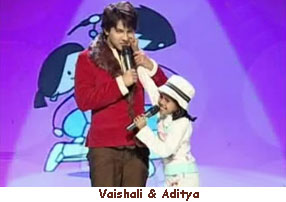 Featured Video
SRGMP this Friday saw the elimination of Smita - A justified elimination by the public considering the below par performance by her in the last few episodes. Friday the theme was Sufi songs and none of the kids performed as expected, except for Anamika and Vasundhara. But Saturday they all made up for their lack luster performance of Friday with Rohanpreet making a comeback. Vaishali’s non stop chatter is proving quite a distraction and bothersome. Even the judges felt the same and were quite vocal about it. In a kids show such fun are a part of packaging to make the show more entertaining but the producers seems to be now over doing it. Vaishali getting all "A" grades even after giving out one of the worse performance brings forth serious questions on the judge’s grading system. Throat problem was the reason for the grades was Sonu's explanation - Then why did Smita have to face flak from Sonu in an earlier round for the same reason?? 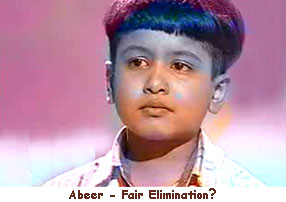 As usual on Saturday SVOI had a brilliant episode and all the contestants’ performance was simply outstanding except for Areeb. It was indeed heartening to see such young kids do full justice to the songs they sang. Friday's acid test saw Abeer getting eliminated even after a better performance than Areeb. How fair are the judges in giving Areeb another chance especially when he is failing to deliver repeatedly? Reason given by Kunal that Areeb has more potential in future brings a question in mind – then what is the purpose of the Acid Test? One thing that stood out like a sore thumb on Friday was the difference of opinion between the judges on the elimination and crossing one another on the choice in front of camera. It has a very negative impact on the contestants and does not reflect well on judgment. The judges are carrying regionalism bit too far by making repeated calls for votes exclusively to the respective home states of their favourite contestant. There was an announcement of a challenger joining the fray sometime in future. But at this late stage of the game how fair will that be to the remaining participants who have literally gone through the acid tests to reach where they are today? 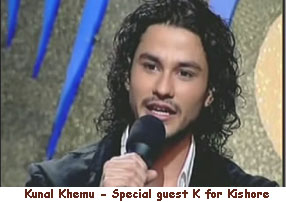 K for Kishore contestants are improving with every episode. Apurva on Saturday gave the best performance till date of the whole show. But host Babul needs to improve when it comes to his anchoring capabilities. He looks very out of place beside the bubbly Rajeshwari, his co-host. The show this week had special guest singer another Kishore fan – Romit Majumdar who also gave a brilliant performance. This week again, there was a tie at the bottom and after a test by the judges saw Saurabh getting eliminated. Kunal Khemu was the special guest on Friday. He himself is an ardent Kishore fan and made sure to sing and also provide some good constructive criticism to the participants. It was nice to watch this new side of Kunal. 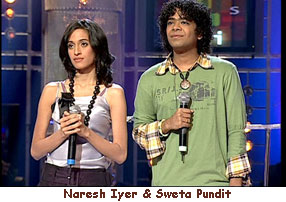 Mission Ustaad as usual had an awesome weekend. The theme this week was “Zindagi Salaam” and contestants had to sing songs based on the theme. Most contestants chose AIDS as their subject. The show is treating the viewers with some mind blowing performances, but most of the time the songs don’t match the theme even though the thought and message behind the selections are awesome. This week again saw Kailash-Mahalaxmi at the top while Naresh-Sweta even after giving some brilliant performances, are getting very low percentage of votes.

Public voting is one factor that still has a lot of room for improvement. Better singers like Anvesha has to see the darkness and uncertainty of the scary-land while another good singer - Rohit already had to bid adieu. Its time Naresh–Sweta also get some appreciation. It is really time for public to vote judiciously and make sure only the musically better ones are selected over other factors. 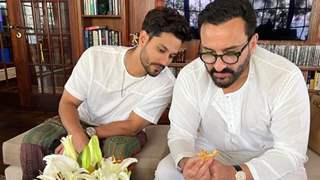 + 3
14 years ago Hailaaa, I didnt know Naresh Iyer was in Mission Ustaad, wow!!

I love SRGMP, but I feel a slight emptiness now... because of Vibhore and Rohit's elimination especially.. we do have to move on, I do hope we dont have any more unfair eliminations in the future though..

Apurva was fantastic on Saturday!! I want him to win.. have a special place for him cos he was also in SRGMP. :)