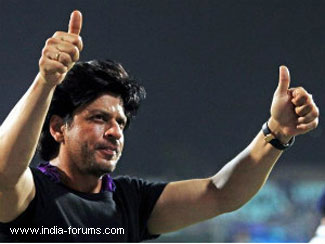 His actions were wise and whatever he did was justified, say Shah Rukh Khan's friends and colleagues from the film industry after the superstar was banned from the Wankhede Stadium for five years following a scuffle with the security guards.

Anurag Basu: SRK's behaviour is completely justified, I'd have smashed their heads if it was my daughter.

Ronit Roy: I've got first hand reports of the fracas [email protected] His daughter was touched and shoved. He protected. Well done Dad!! At Wankhede, SRK was a father, not just an actor... Please don't expect a father to apologise for protecting his baby.. Satyamev Jayate.

Karan Johar: SRK is one of the best fathers i know...and protective about every child...he was being just that...a protective parent!!! Why blame a man who was just reacting as a father...who wouldn't have done the same in his place???