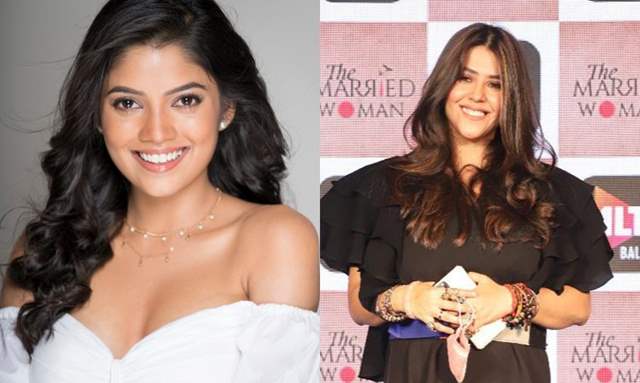 Actress Tanvi Shinde has played different characters in projects like Rejctx, Hello Mini, and was last seen in Broken But Beautiful 3 produced by Alt Balaji. The show has been an absolute success with the fans and the actress is overwhelmed not just about the project, but also the response she has gotten so far. She got in touch with India Forums and spoke about her character, picking this project, and more.

When asked to share some insights on her role in Broken But Beautiful 3, Tanvi says, "I played the role of Rumi's best friend Vinny. Vinny is always around and is all ears to Rumi whenever she faces any difficulties. She’s Rumi's constant since childhood and portrays Rumi’s side of the world. Vinny is a very supportive friend who is there for Rumi when she is going through problems. When the script came my way, I liked it very much because it was a very different fun and loving character to play on-screen and I have not seen myself doing such a role in any other projects I had earlier been a part of."

Adding to the same, she says, "Also one of the main reasons why I had chosen this project was because it was under the banner of Ekta Kapoor mam and she is a brand name. Her name is so big and recognized that when you get to be a part of her projects, it adds value to your work as an actor. It would be a dream for any actor to work under Ekta Kapoor's banner. It's a privilege to have gotten an opportunity to work with her. It has definitely made a lot of changes in my career and good projects are coming my way. I believe I have a long way ahead of me."

Lastly, she expresses her gratitude for the responses she has been getting and she says, "It has been quite exhilarating to see the responses I have been getting from the audience. Many of the fans have congratulated me via message on bagging a role in Ekta Kapoor's show. It's an amazing feeling altogether."