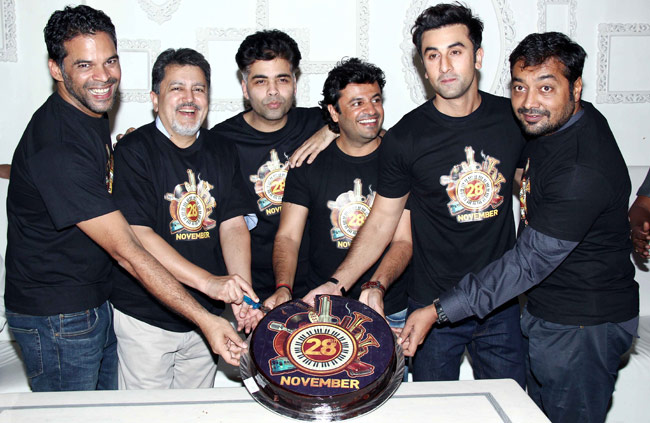 The first look of much awaited neo-noir drama "Bombay Velvet", which features Ranbir Kapoor in the lead, will be unveiled on Thursday.

"Give it up for the Big Shot of #BombayVelvet Johnny Balraj. First look out tomorrow @foxstarhindi @fuhsephantom," Kashyap tweeted.

Based on Gyan Prakash's book Mumbai Fables, the film explores Mumbai in the early 1950s and 1960s. Ranbir will be seen as a boxer and street-fighter Johnny Balraj.

Karan Johar, who is making his acting debut with the film , is said to be playing a villain.

"Bombay Velvet" is scheduled for theatrical release May 15.