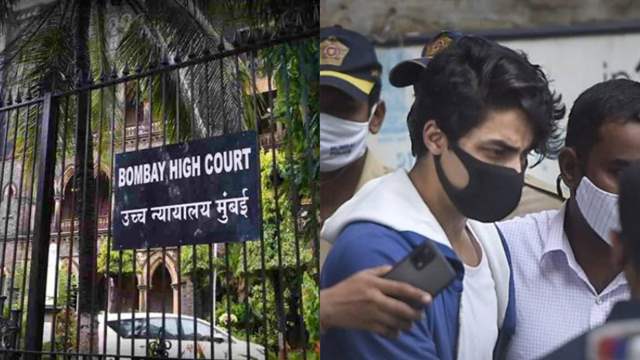 Aryan’s lawyers Satish Maneshinde and Amit Desai were present in court to mention the matter before Justice NW Sambre.

Maneshinde requested for a hearing on Friday or Monday but ASG Anil Singh for NCB stated that they had not been served the copy yet.

Furthermore, the Court refused Maneshinde's request for hearing via video conferencing and Aryan’s bail plea matter was listed for hearing on Tuesday.

Aryan Khan was reportedly counselled by NCB’s Zonal Director Sameer Wankhede, who has been leading the investigation.

Earlier, it was said that his case will likely to be mentioned before Justice NW Sambre today, seeking urgent hearing.

Currently, Aryan is lodged at the Arthur Road Jail with several other accused from the drugs-on-cruise case.

The 23-year-old son of Bollywood superstar SRK and Gauri along with Arbaaz, model Munmun Dhamecha and five others were detained on October 3 in connection with a drug bust on a cruise liner off the Mumbai coast.

Aryan was represented by advocate Satish Maneshinde in all previous hearings.

But from “here on" bulk of the main argument on part of Aryan will be carried forth by advocate Amit Desai, and Maneshinde will only add anything if required, a report in Hindustan Times stated.

+ 4
3 months ago I may come across as a fan, but I find these delays quite deliberate. The authorities are holding Aryan, despite his blood work being clear and no drugs found in his possession. They are even trying to make him look responsible for the drugs others were holding. I don’t know what’s in these WhatsApp chats that’s so incriminating and pins him as some kind of a drug peddler, but all this is looking too shady now; like a personal vendetta against SRK.