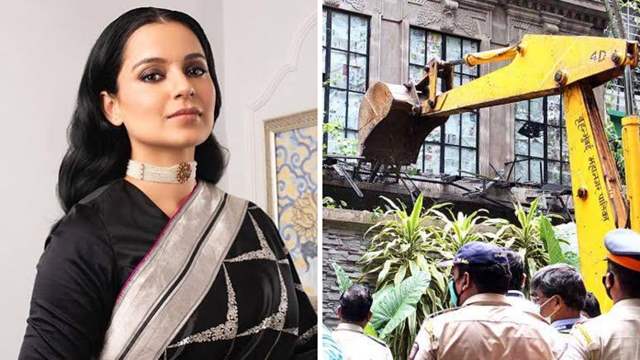 In a major relief to Kangana Ranaut, the Bombay High Court announced its decision against the demolition orders issued by the Brihanmumbai Municipal Corporation (BMC) over alleged illegal construction carried at the actor’s Bandra office.

The HC quashed the orders of demolition and the bench stated, “The BMC order actuated by legal malice. There is material in pleadings that smacks of malafide and was done to cause substantial losses. We would be perfectly justified to order compensation against respondents.”

The Court has also appointed a valuer to determine monetary damages caused to Kangana and asked the BMC to compensate for the damages.

The court added, “Whatever be her statements, no action can lie except within four corners of law. Manner in which action was carried out leaves hardly any doubt that it was against the law and was ‘sinister’. BMC has done it with disregard to the rights of the citizen.”

On September 8, the BMC had demolished parts of Kangana’s Mumbai office citing illegal constructions and had listed at least 14 violations. Kangana then approached the HC and stated in her plea that this was an act of revenge over her comments against the Maharashtra government, Shiv Sena leader Sanjay Raut and the Mumbai Police.

In her plea, Kangana sought Rs. 2 crore as damages for BMC’s action, however , on September 18, the BMC told HC that Ranaut’s claims for compensation for the partial demolition of her Pali Hill property were “baseless” and “bogus”.