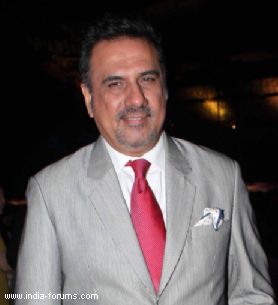 Actor Boman Irani recently teamed up with his son Kayoze Irani for a TV commercial and the father says that he will work with the latter again if he is the right person for the job.

Directed by Kayoze Irani, who made his acting debut with "Student of the Year", Boman featured in a TV commercial of 'P' Mark mustard oil manufactured by Puri Oil Mills Limited.

Asked if the father-son duo will work together in the future, he told IANS in a telephonic interview from Mumbai: "If I am the right person for the job, my son should hire me for that, and if I do not fit the bill, then he should look for other options or whatever he wants to do in the best interest of his movie."

He also says that if everyone starts working according to his or her comfort zone then it won't be "honourable to our profession".

"I think if everybody starts to work because there is nice comfort zone then I don't think that we are being honourable to our profession. But if there is something and my son wants me to work in it and if I fit the bill then I would be happy to work," said the 54-year-old.