Bollywood loves to experiment with portraying the same thing in different ways and weddings are no exception. While most reel weddings have similar elements, there are numerous nuances that distinguish one from the other, leading to no two weddings being the same. There are only so many ways the same traditions can be portrayed, but there are always enough differences to make sure that audiences realize that they are at totally different weddings. While Bollywood tends to celebrate reel weddings with much pomp and grandeur, most real weddings end up not being as lavish or loud as the parties shown in films. However, we can all agree that every reel wedding is an event that us Bollywood fans have been lucky to witness. To remind us once again of these opulent celebrations, BollyCurry presents to you a variety of weddings that have been showcased on screen in Bollywood. 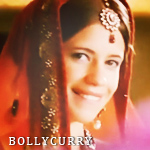 The dream destination wedding of Aditi (Kalki Koechlin) to Taran (Kunaal Roy Kapur) in Yeh Jawaani Hai Deewani (2013) was a fun-filled and colorful extravaganza. From the nach-gaana, to the mehndi function, to the sangeet, and the traditional Hindu wedding, it was a lavish affair. The event ended with the traditional bidaai, where the bride cries as she bids her friends adieu. Kalki looked gorgeous in her traditional attire throughout all the functions. 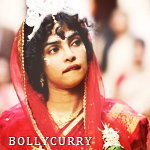 Jhilmil, played by Priyanka Chopra. was adorable in her traditional attire for the Bong wedding ceremony to Barfi (Ranbir Kapoor) in 2012's Barfi!. The function itself was kept relatively simple, perhaps for the authenticity of the characters' disabilities, but the traditions were followed fully. Compared to most weddings in films, this was a small and straight-forward event, but nonetheless wonderfully executed. 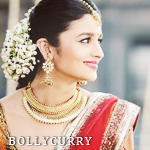 2 States (2014) portrayed an Iyer wedding between the Tamilian Ananya (Alia Bhatt) and the Punjabi boy Krish, portrayed by Arjun Kapoor. The wedding was an amalgamation of two cultures and the traditions of both, and Alia's wedding look was reflective of this. Her sari was a fusion of the North and the South, as were the songs used throughout the film. Very rarely are dual-culture weddings portrayed so wonderfully on-screen, and this one was truly beautiful to witness. 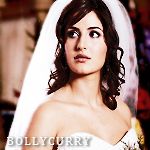 Technically, the wedding between Jazz (Katrina Kaif) and Charlie (Clive Standen) never took place in Namastey London (2007), but since all the functions right up to the giving away of the bride at the church took place, we felt that this beautiful western wedding deserved a place on this list. A white wedding is a less intense affair than the colorful Indian weddings Bollywood is known for, but no less gorgeous. Katrina's wedding gown and Clive's smart suit, the elegant decorations, the walking of the bride down the aisle by her father were all wonderfully depicted. It is another matter altogether that the bride ran away from the altar - but she looked gorgeous doing it nevertheless! 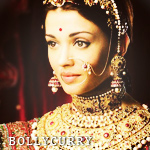 In Jodhaa Akbar (2008), two weddings took place to signify the joining of two different nations and their two very different beliefs. The first was a traditional Rajput wedding, complete with all the functions and customs attributed to it. Jodha (Aishwarya Rai Bachchan) was resplendent in her finery. The second was a traditional Muslim nikaah, and once again, both Jodha and Akbar (Hrithik Roshan) were regal and stunning. The weddings were portrayed as larger than life, as such a Royal wedding would have been. The occasion aptly captured the union of not only a Rajput princess and a Mughal emperor, but also two nations.
There have been so many different weddings in Bollywood over the years, and so many different cultures portrayed. From lavish arranged affairs, to love affairs, to elopements - nothing has been untouched by the film industry. A fairy tale wedding, after all, is the most beloved end for the romantics among us.
Writer: Aradhna K.
Editor(s): Fatima W. and Gunia M.
Graphics: Shikha A.

Do you have a suggestion or comment for BollyCurry? Drop us a PM at BC_Dropbox today.
12 Likes