New Delhi, Nov 4 (IANS) Diwali is round the corner but the box office is yet to see any fireworks. Bollywood churned out a mixed bouquet this year but the majority flopped with Shah Rukh Khan starrer 'Chak De! India' being the only super hit so far.

Around 90 films - experimental films, movies with high budgets, comedies and love stories et al - have released in the last 10 months.

The year started with the disastrous 'Kudiyon Ka Hai Zamana', which promoted Rekha as its high point. This was followed by Mani Ratnam's 'Guru', loosely based on the life of late business tycoon Dhirubhai Ambani. The Abhishek Bachchan, Aishwarya Rai starrer brought temporary respite and plunging movie ticket sales went up.

But it was not enough to compensate the losses.

It was Reema Kagti's feel-good film 'Honeymoon Travel's Pvt. Ltd' that actually broke the jinx. Made on a medium budget, Kagti's directorial debut was about different perceptions of what a honeymoon should be, portrayed through six couples. The film was termed the first big hit of the year.

'Films are not doing well because we are not concentrating on the script. There is a dearth of scriptwriters in Bollywood. We need good writers,' said Bhavna Talwar of 'Dharm' fame.

After 'Honeymoon Travels...' came a string of dismal comedies and dreary love stories.

The box office looked up with Akshay Kumar and Katrina Kaif's romantic-comedy 'Namastey London'. Mira Nair's 'The Namesake' also released at around the same time, but was meant mainly for the multiplex audience.

After a brief lull, a surprise hit came in the form of 'Bheja Fry'. Debutant director Sagar Bellary's satirical comedy did really well. Shot on a shoestring budget of Rs.6 million, the film earned about Rs.120 million!

There were two hits in May - multi-starrer actioner 'Shootout At Lokhandwala' and Anurag Basu's 'Life In A...Metro' were appreciated by critics and viewers alike. 'Metro' was successful in the overseas market too. It garnered $144,169 in the US and 148,208 pounds in Britain.

Thrillers like 'Manorama Six Feet Under' and 'Johnny Gaddar' were liked by a certain section of people but weren't considered big hits.

'The whole definition of hit and flop is wrong - movies like 'Manorama Six Feet Under' and 'Johnny Gaddar' are meant for a small section of society. If there is a total of 100 moviegoers, these films cater only 10 people. So if only 10 people go and watch these films, it is declared a flop. It is unfair,' Vivek Agnihotri, whose 'Goal' is releasing Nov 23, told IANS.

'Though there weren't too may hits, I must say that this year we had many experimental films in different genres. And it is a good sign. A new lot of directors is joining the industry with new ideas,' he added.

People didn't expect a film of the sports genre to do well, but it turned out to be a rage amongst audiences across the country. Made at a budget of Rs.200 million, the movie was about a disgraced hockey player trying to redeem his pledge by enabling the women's team to lift the world cup. It earned Rs.640 million and the cash registers of the producers are still ringing.

Though Bollywood has had a disappointing year so far, it is poised for two big releases - 'Om Shanti Om' and 'Saawariya'. And the industry hopes these much-awaited flicks can change the economics of the box office business and end the year on a happy note. 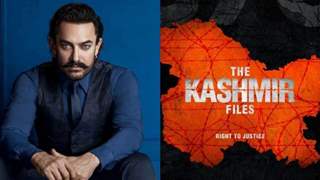 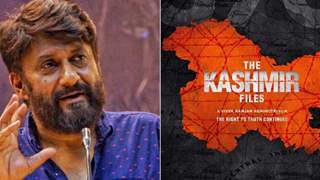 We have so much material that we can produce a series: Vivek Agnihotri ... 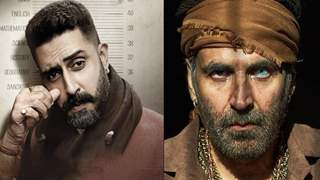 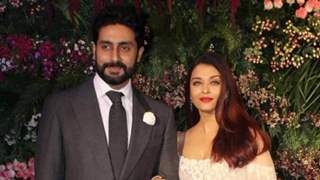