Who said our Bollywood celebrities only stick to India? Bollywood and its stellar celebrities' brilliant performances have managed to make a mark in the Hollywood industry as well! In this edition, BollyCurry introduces you to a few such celebrities who have stepped into the world of Hollywood and taken the West by a storm!
Amitabh Bachchan 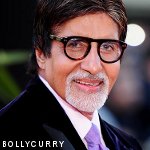 Needless to say, this legendary Hindi film star has become every young actor's ideal when it comes to acting. Amitabh Bachchan has done all kinds of roles from the angry young man to the romantic lover to a doting father. His Hollywood debut was in Baz Luhrman's The Great Gatsby (2013), where he played the role of Meyer Wolfsheim.
Anil Kapoor 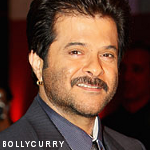 Anil Kapoor has appeared in a number of Bollywood films over the last 3 decades, starting from Umesh Mehra's Hamare Tumhare in 1979, up until his recent outing in the animated Mahabharat 3D. His first Hollywood appearance was in Danny Boyle's critically acclaimed Slumdog Millionaire (2008) as Prem Kumar, the host of the game show, Who Wants To Be A Millionaire. The film was was well received by the audience and critics alike and won 169 awards, eight of which were the prestigious Academy Awards, the most that any film won for 2008. Since then, he has starred in a few other Hollywood movies like the Tom Cruise starrer Mission Impossible - Ghost Protocol (2011).
Tabu Hashmi 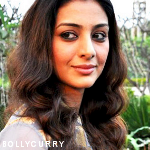 The winner of the most number of Filmfare Critics Awards for Best Female Performer, Tabu Hashmi has also made a mark for herself in Hollywood. She has performed in two films: Mira Nair's acclaimed The Namesake (2007), where she played the character of Ashima Ganguli; and Ang Lee's Life of Pi (2012), where she enacted the character of Gita Patel. Both the films were critical and commercial successes, and Tabu received a lot of praise for her performances. 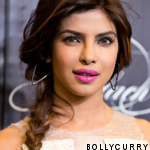 This successful actress-singer who is also the winner of the 2000 Miss World pageant, started off her Bollywood career with the film The Hero in the year 2003. After performing in a number of Hindi movies and adding several awards to her bag, Priyanka Chopra decided to lend her voice to the Disney animation movie, Planes (2013), where she voiced the character of Ishani, a Pan-Asian champion plane from India. Unfortunately, the film didn't do too well and Chopra's outing went rather unnoticed.
Aishwarya Rai Bachchan 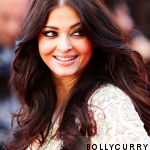 Former Miss World, Aishwarya Rai Bachchan is often touted to be one of the most beautiful women to have graced the face of this planet. Her Hollywood debut was in Gurinder Chaddha's adaptation of Jane Austen's classic "Pride and Prejudice", Bride And Prejudice (2004), where she played the protagonist Lalita, loosely based on Austen's Elizabeth. The following year, she starred in the Mistress of Spices, which unfortunately wasn't received well by audiences or critics. After performing in a number of other international films, she was last spotted in Harald Zwart's The Pink Panther 2 (2009), where she played the role of the antagonist, Sonia. The film didn't do as well as its predecessor, and received largely negative reviews from critics. However, Bachchan's performance was well appreciated by all.
Irrfan Khan 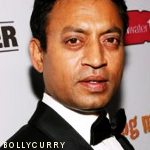 Irrfan Khan is a multi-talented Bollywood actor who has gained fame with roles in critically acclaimed Bollywood movies like Haasil (2003), Paan Singh Tomar (2012) and The Lunchbox (2013). His first Hollywood outing began with Mira Nair's The Namesake (2006). Since then, he has continued to work in many other Hollywood  films including A Mighty Heart (2007), Slumdog Millionaire (2008), New York, I Love You (2009), The Amazing Spider-Man (2012), and Life of Pi (2012). With his impeccable acting abilities, Khan has managed to carve a niche for himself in Hollywood and continues to do the nation proud.

Bollywood celebrities have continued to be a face of Indian talent on an international level, especially in Hollywood, for some time now and keep doing the nation proud. BollyCurry wishes them all the success and hopes to see some of the young talent from Bollywood spreading their wings abroad and making a mark for themselves in Hollywood too!
Which Bollywood celebrity do you think should make his/her Hollywood debut soon? Comment below and let us know!
Writer: Fariha L.
Editor/s: Ritchelle C. and Gunia M.
Graphics: Marsh P.
Do you have a suggestion or comment for BollyCurry? Drop us a PM at BC_Dropbox today!
11 Likes