View Profile
The Class 10 and 12 board exams have begun and Bollywood too seems to be in exam mode, 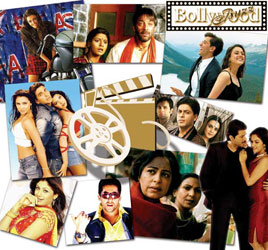 Featured Video
-with very few films releasing and no big-budget film on the anvil.

'March is supposed to be lean in terms of bringing any business as it is the month for board examinations. Moreover, with no big budget movies this month, we are not expecting much to happen,' Sakshi Mehra, an exhibitor and president of the Motion Pictures Association of Delhi-Uttar Pradesh, told IANS.

There aren't too many films expected next month too. Distributors say the Indian Premier League (IPL) and the forthcoming elections could also keep crowds away from theatres.

'In fact, there is going to be an extensive lean period for business as there are no big releases slated even for April. With the current tussle going on over revenue sharing and with the elections and IPL coming, it is going to be tough for us,' Mehra said.

Friday saw the release of three movies - '13B', 'Karma Aur Holi' and 'Dhoondte Reh Jaoge', but initial reports say they aren't getting a good response at the ticket counters.

'The ticket counters are cold and the reaction has been far below average. We sold not more than around 50 tickets at all our multiplexes for the initial shows of the movies,' said an official from BIG cinemas here on condition of anonymity.

'Despite a line-up of movies this month, we are really not expecting any business as neither are these big-budget movies, nor are they star-studded blockbusters. Most of them will have footfalls only in single-screens. The only movie with some hope is 'Aa Dekhen Zara' that has Bipasha Basu in the lead,' he added.

The industry graph has already taken a dive this year with big budget projects like 'Chandni Chowk to China', 'Billu' and 'Delhi-6' turning out to be duds at the box-office. But there have been some runaway hits too: 'Raaz - The Mystery Continues' and 'Dev D'.

Industry reports suggest that the box office has incurred losses of around Rs.430 million in the month of February alone.

'We have even stopped calling the coming months a lean patch as collections have been really pathetic so far this year. Bollywood is in a real drought with a dearth of content and no pre-release buzz,' said an industry source from Mumbai.

'Except for Neil Nitin Mukesh starrer 'Aa Dekhen Zara' releasing March 27, none of the movies in the coming two months has any hype to it. Neither has the music of any of the forthcoming movies garnered any response,' said Delhi-based distributor Joginder Mahajan.

It isn't as though there are no movies at all this month, but the problem is that the hype around them is missing. Whether a film turns out a winner is anybody's guess.

It looks like the film industry and distributors will have to wait until May when Vishal Bhardwaj's 'Kaminay' is tentatively set to release. The film's highlight are Priyanka Chopra in a de-glam avatar and Shahid Kapir in a double role.