Mumbai, Feb 11 (IANS) In the entertainment world, everybody is a freelancer. There is no job security for the movie fraternity in Bollywood or anywhere in the world.

To top it, producers in India have to pay a host of direct and indirect taxes at the time of making movies that leave them poorer by millions.

Once such cess is the money paid to the Central Board of Film Certification(CBFC) by producers while obtaining censor certificates for movies. The current censor board cess slab stands at Rs.20,000 for every Hindi movie and Rs.10,000 for a regional language movie.

Producers all over the country, particularly those in Bollywood, have renewed their demand for lowering of censor cess.

The Indian Motion Picture Producers' Association (IMPPA), the largest body of producers, has written to Labour Minister Oscar Fernandes suggesting that movies made on a budget of less than Rs.100 million should be exempted from the cess. 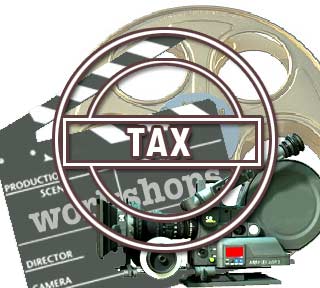 Featured Video
et ventures and only 10 percent producers make big-budget movies,' senior vice president of IMPPA Sushama Shiromanee said. She also suggested that the television sector be also brought under the purview of the cess to lessen the burden on film producers.

Nearly 1.2 million people in India live out of movies. Bollywood alone provides sustenance to over 100,000 workers engaged in different crafts of filmmaking.

'Knowing the fickle nature of our profession, if those in the business of entertainment tend to make most of the transient time when the going is good, should anybody grudge their riches?' asked Bollywood actor and television star Shekhar Suman.

Ideally, nobody should. Because, unless one is highly talented and blessed, the career span of the people in the entertainment business is so small that they are literally here today and gone tomorrow.

'While the resourceful can tide over the problem with ease, the situation becomes worse for those who make a living out of movies by earning a daily wage. They include the craftsmen of the industry, generally referred to as its backbone,' said Dharmesh Tiwari, president of the Federation of Western India Cine Employees (FWICE), the apex body of 22 crafts associations in the industry.

'Since they are not permanent employees of the producers, they do not get the benefits workers are entitled to in other industries. When they are out of job, they are entirely on their own. They have nothing to fall back upon except their savings,' Tiwari explained.

While admitting that Bollywood indeed is a wealthy place, he said contrary to the general impression, not everybody in Bollywood wallows in riches. 'The wealth is concentrated only in certain pockets and it is only they who provide the veneer of glamour to the industry,' he stressed.

Not only cine employees who earn daily wages, several producers and actors barely manage to scratch a living out of movies, Tiwari said. 'When they retire from films, they have nothing to take back home in terms of retirement benefits,' he rued.

If producers go bankrupt after a series of flops, they disappear from the scene. Cine workers and artistes, however, can fall back on two welfare pools during bad times.

The Office of the Welfare Commissioner under the central Ministry of Labour manages the Cine Workers' Welfare Fund while the artistes themselves generate resources for the Cine Artiste's Welfare Fund.

'Though the government says it provides relief to fraternity members in need from the Cine Workers' Welfare Fund, it actually generates money for the fund indirectly from the industry itself,' said a producer not wishing to be named.

The cess paid by the producers to the censor board at the time of procuring censor certificates goes to the Cine Workers' Welfare Fund and is disbursed to cine workers in need through the office of the Welfare Commissioner in Nagpur.

This has created a rift between producers and cine artistes and workers in Mumbai. While producers insist that the cess should be reduced, the cine employees federation has urged the government to hike the cess.

The cess currently fetches about Rs.8 million every year countrywide.