View Profile
You might remember the last time we'd gone rounding up the strikingly similar faces between stars of Bollywood and Hollywood.
Well, we decided we could do the same while dealing with our biggest desi industries alone!
So here's bringing you a (whoa) long list of look alikes from B-Town and Telly-town! 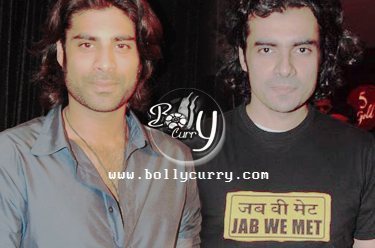 First up the pair of Sikander Kher who debuted with Woodstock Villa (2008) which was an Indian musical thriller produced by Ekta Kapoor, and the Jab We Met and Love Aaj Kal fame director, Imtiaz Ali!
Perhaps not twins, but they could sure be mistaken as first cousins - what with the long curls, and beady onyx eyes! 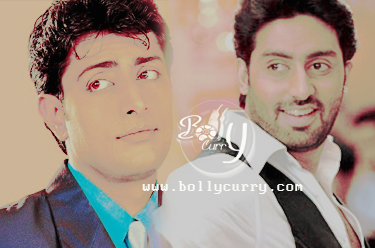 Priyanshu Chatterjee who has previously been the popular face of many small screen dramas, and a handful of Bollywood films, was chosen by the makers of Amitabh Bachchan's film Bhootnath, to play Big B's son in the flick, owing greatly to the resemblance this actor shares with Amitabh's real life son, Abhishek. In fact, once Priyanshu had received his makeover at the hands of the experts, Big B himself was very much surprised at how striking the similarity was - the stubble, the hair, all of it! An ironic coincidence also is that the same Priyanshu played onscreen hubby to the lovely Aishwarya Rai in her home production, Dil Ka Rishta!
Chatterjee sure has had his chances replacing Abhishek's real life roles on reel! 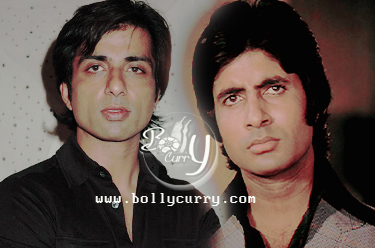 Moving on from son to father, the legend of Bollywood Amitabh Bachchan, too has a look alike in the industry, the actor being Sonu Sood!
So much, that dear Mrs. Bachchan Jayaji had once stated how Sonu reminded her of the younger Big B! The lean body, height and features are noticeable similarities.

Perhaps owing this physical semblance, Sonu has previously bagged the role of Abhishek's elder brother in Mani Ratnam's Yuva. Originally, this said role was to have landed with Ajay Devgn, before Ratnam decided to go for the connection between appearances! 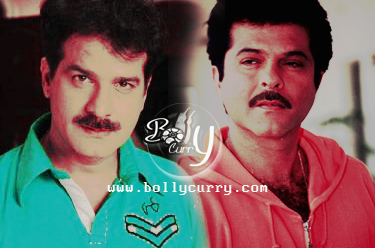 A veteran of and behind small screen, Jamna Das Majethia, producer/actor of shows such as Khichdi and Baa Bahu Aur Baby looks a lot like Anil Kapoor of Mr. India days with the moustache! Quite the 'stache don't you think? 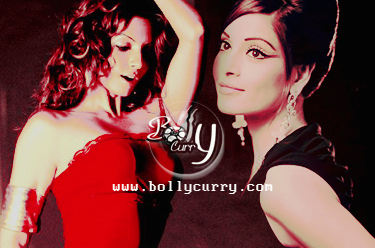 Not many have spoken of the similarities between Telly's Shama Sikander (Ye Meri Life Hai fame) and B-Town's Bipasha Basu but who can deny that they would make great on-screen sisters? The same beautiful dusky complexion and features that could easily be made over to blend as genetic! 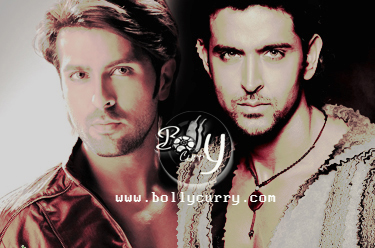 One might be the heart throb, and the other still a struggling actor striving to cut himself a niche, but Harmen Baweja can't be denied the similarity of appearance he bears with Hrithik Roshan! When Baweja first stepped into Tinsel Town, it was one common buzz doing rounds. Physiques, mannerisms, body-language, dancing style and even their acting style - people have never ceased to notice the stark semblance between the two actors. It is common gossip, that Baweja actually strove to resemble with superstar Hrithik, and his style, but the Baweja family rubbished the possibility of his claims.
Whether the lad wanted the resemblance or not, you can't help but notice! 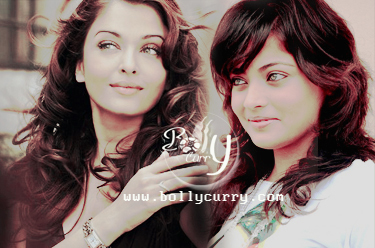 Next we have is the beautiful Aishwariya Rai and Sneha Ullal! When the promos of Lucky 'No time for love' first did rounds, many viewers mistook the young debutant for her popular senior and male lead Salman's then controversial ex- beau - which was exciting confusion, because of all the bad blood that passed between Sallu and Aish.
However, when it became evident that the actress was a newbie, called Sneha, tinsel town changed the course of its gossip, and talked of how Salman had roped in a stark Aish look alike as if to make his point!
Whether or not the rumors were true, one can't help but wonder about it - given how very striking the similarity between those pretty faces is - blue eyes, high cheekbones, fair skin... Sneha Ullal is like a back-to-college Aishwarya Rai Bachchan! 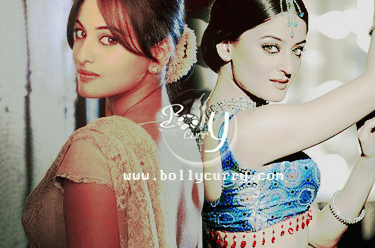 Next we have Dabaang girl Sonakshi Sinha and chotta packet Mahi Vij! TAs can be seen from the captures above, the ladies can sure be another pair of onscreen posing sisters!
Special mention of the chin, cheekbones and nose. Whatsay?! 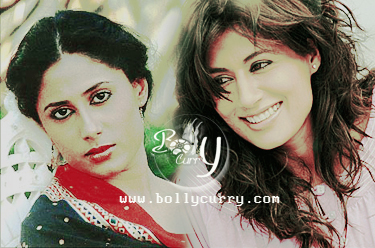 Right after her first movie, Chitrangda Singh found herself drawn into inevitable comparisons with yesteryear's talented actress, Smita Patil. The similarity between these ladies cast apart by many years is almost uncanny!
Besides, the common-ness does not end at looks; Singh also happens to harbor a penchant for the kind of cinema that Patil endorsed in her time. 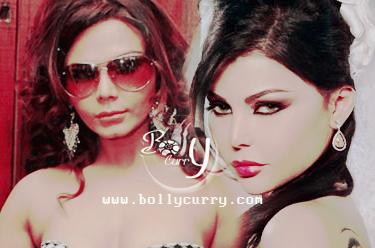 Sure there can't be a second Rakhi Sawant (and many might agree it's only for good!) But who says there wont be a look alike?! Lebanese singer Haifa Wehbe proves to be the one in this case.
And again, the points of similarity don't end at their 'natural looks', but also in terms of each having had her assets enhanced, and gained more popularity out of TV controversies, and and skimpy outfits!
We vote them as out best bet on long lost twins, and you?! 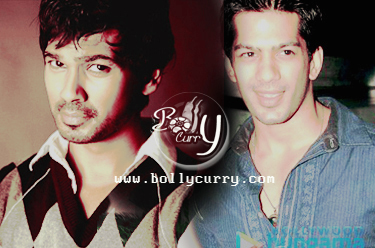 Next is the pair of these astounding similar looking hunks! Nikhi Dwivedi who made his debut in Bollywood with My Name is Anthony Gonsalves and Amit Tandon who has garnered much fandom via his various features in TV dramas and reality shows.
We say a little play with the hair, and some general face touch ups could ensure they play twins onscreen, no kidding! Right?! 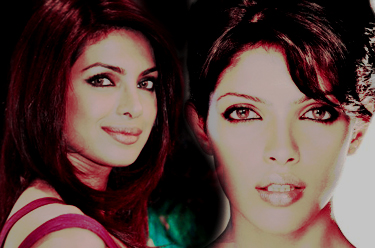 Lastly we have these two divas, who started out as models in the glam world. One, the widely acknowledged desi girl, and the other, a little less known.
We're talking about former Miss World and actress Priyanka Chopra, and Mumbai based model Gunjan Bakshi who as of now as several commercials to her credit, including, Airtel, Nokia, Hide and Seek and Dabur.
The molten caramel eyes, the shapely mouth has often led to the latter being confused with the better known of these pretty lades. So much, that she was once publicly asked for an autograph from a child who mistook her to be Piggy Chops.
We only say, if you harbor dreams of entering Bolly cinema, Gunjan Bakshi, you sure have an 'image' to live up to!

And with that we conclude this edition of look-alikes. Don't forget to review and tell us which pairs in here are incredible to you in their likeness quotient!