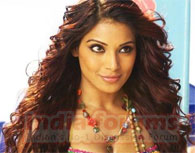 Bong bombshell Bipasha Basu has reportedly confirmed that she would be working in Sir Ben Kingsley's latest production on The Taj Mahal. Now all that needs to be sorted out are the dates. The two met recently at "The New 7 Wonders of the World" function in Portugal and that's where they decided to work together. The production will also feature Aishwarya Rai Bachchan, Sir Ben's co-star in "The Last Legion".