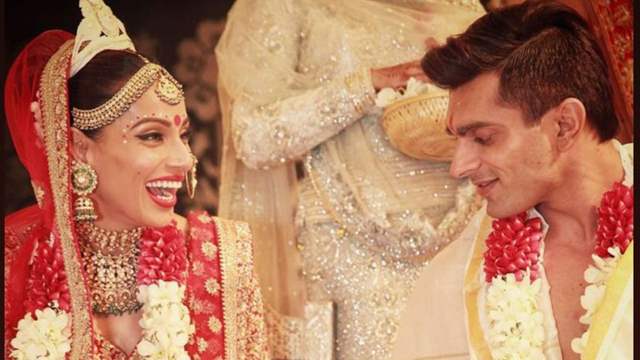 Often tagged as the ‘Monkey couple’, Bipasha Basu and Karan Singh Grover have reached a new milestone together as they clock five years of marriage.

The actors fell in love on the sets of their film Alone and began dating. They kept their love story a secret until they tied the knot a year later, in 2016. The couple is celebrating their fifth wedding anniversary today.

Bipasha took to her Instagram handle to share an unseen picture from her wedding and wished her husband with a sweet note. She wrote: "Happy 5th monkeyversary my love you are my everything @imksgofficial." Karan also reshared her post and wrote back, "And you are my everything." 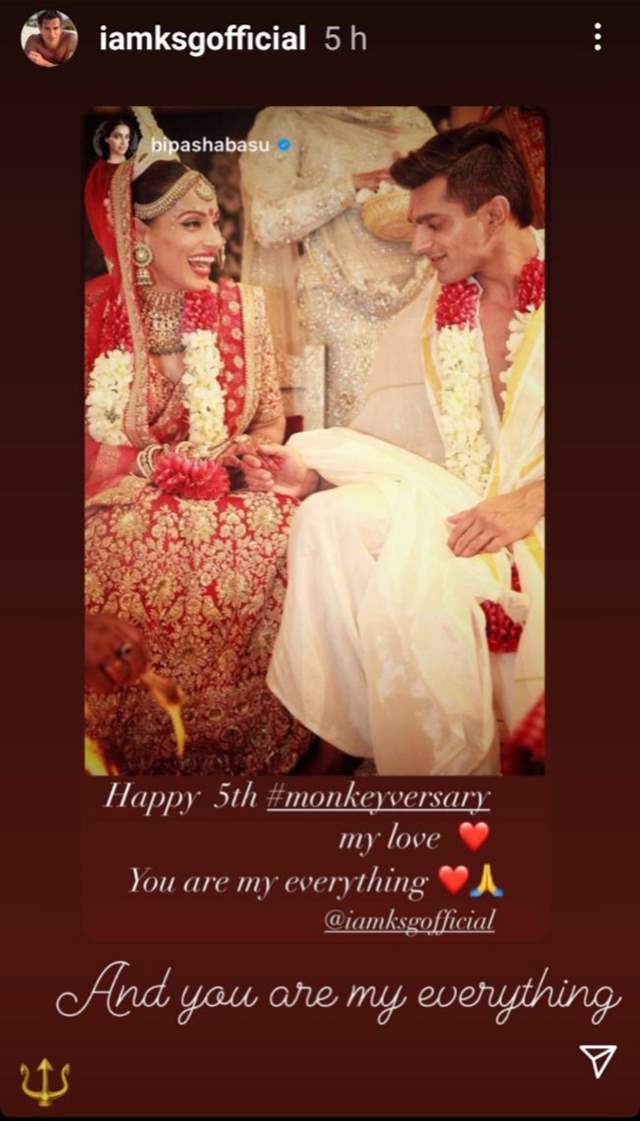 After the wedding, Bipasha Basu had taken a break from acting and was embracing the married life. The couple often posts mushy pictures together and are indeed couple goals!

Karan and Bipasha reunited on screen for the web series, Dangerous, which also marked Bipasha’s comeback after five years. On the other hand, Karan was recently seen in Qubool 2.0 where he reprised his role of Asad from the popular 2012 TV drama Qubool Hai.