View Profile
The item song trend is not yet over with Sheila, Munni and Deepika's sexy look in Dum Maro D 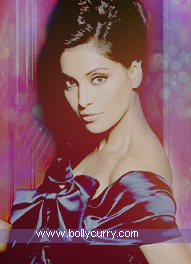 um, Billo aka Bipasha Basu has joined the bandwagon again with an upcoming sizzling item number!
Producers Mukesh and Mahesh Bhatt have approached the Bong beauty for an item number in the Murder sequel, tentatively titled Murder 2. However, the actress and producers claim nothing has been set in stone as of yet.
Bipasha has earlier worked with the Bhatt camp during her initial days in Bollywood giving films such as Gunaah and Jism.
Directed by Mohit Suri, the sequel venture stars Emraan Hashmi, who was also seen in the first installment of the series (2004) and newbie, Jacqueline Fernandes.
Will Bipasha's new item song rock the charts? Let's wait and watch!