View Profile
Who says girls can't ride mean machines? Who says women are only arm-candies? Anyone who is of that opinion should back off and take a look at this article. Women can ride too. And they can look smokin' hot while handling mean machines.
These ladies not only know how to ride one but also have an affinity towards bikes. Read on to know their story. Aashka Goradia
As dainty as she may look, Aashka is just as badass as any other. She loves to zoom around on her bike. We came across this picture of Aashka in NYC and what can we say? The lady has definitely got the swag and confidence to handle a bike that weighs 'only 259 kilos'. 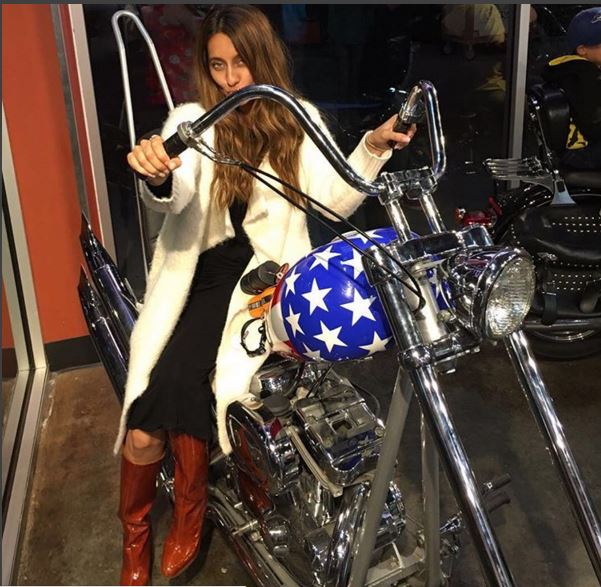 Ekta Kaul
Ekta Kaul has been riding two wheelers since she was in eighth grade. And her bike riding skills came handy for the lady in her soap Mere Angne Mein. The pretty actress showed off in style to one and all how well she could handle the mean machine. Shraddha Musale
C.I.D.'s Dr. Tarika is an adrenaline junkie, can you believe it? The girl is into everything, right from acting to even riding bikes. She has even gone on record saying that she is open to Khatron Ke Khiladi type shows. Shraddha seems like one tough woman. Rishina Kandhari
She essays toughie roles on screen. But not many know that she is a toughie off-screen too. Rishina is so into fitness that she really does not come across as the mother to a 7 year old child. Rishina performed stunts on her own in her show Shapath. So riding a bike comes naturally to the lady. Madhura Naik
Who knew that a girl like Madhura, who has played glamorous roles for most part of her career could ride bikes? Yes. This hot chick is into bikes, hear that guys? A woman who likes to get down and dirty with bikes definitely sounds like a keeper.
Did we miss out on any names? Let us know in the comment section below.
7 Likes

Sumeet Vyas Opens Up On Why They Named Their Son 'Ved'

t.Supriya 3 years ago You missed Naira aka Shivangi Joshi from Yeh Rishta Kya Kehlata Hai!!
She too is an amzing bike rider.. Add her too.

munni_sgp 4 years ago Oh So both Ekta Kaul And Karam Rajpal of Mere Angne Mein are fond of riding bikes :)

anjs 4 years ago Wish Ekta Kaul would deliver her dialogue just the way she rides a bike...that is with a punch...she lacks heavily in that matter...

Alefiak 4 years ago Alefia Kapadia has been riding since over a decade and actively participates in rally's !

savebookworm 4 years ago thumps up to ekta kaul. i like her in mere angne mein

Deblina Chatterjee to be seen as Lakshmi in Vighnaharta ...
10 minutes ago

Here’s why Akhilendra Mishra initially denied playing the ...
12 minutes ago

Sushant Searched about Painless Death, Trouble in ...
19 minutes ago

Rishina Kandhari talks about resumes shooting, her perfect ...
41 minutes ago

Yeh Rishta Kya Kehlata Hai: Kartik to take care of his ...
52 minutes ago

Sushant Singh Rajput fans gear up for a second round of ...
52 minutes ago