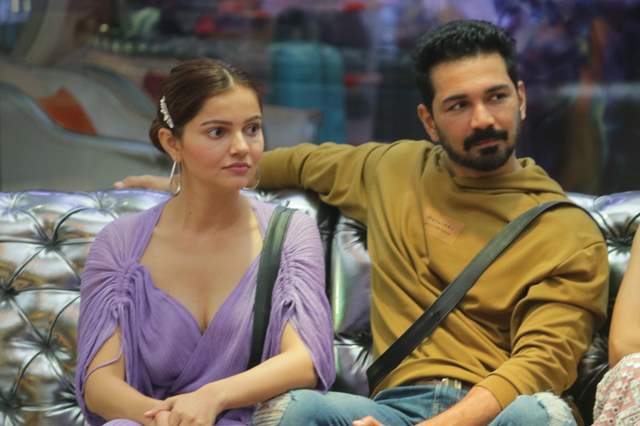 The very first Weekend ka Vaar with Salman Khan is here and it sure looks like one that will see Salman Khan bring out all the fun but also a lot more. The episode tonight will start with Khan in BB theatre and we see how the bulldozer task for immunity was carried out while he also goes on to reprimand some of them over the various issues that went by in the week, including some of the most crucial ones.

He has some nice things to say about Rubina Dilaik for taking a stand and speaking up against the seniors but he also points out how Abhinav Shukla should not interfere in her game and asks her to let her take on her own battles. He goes on to call some contestants the live audiences in the house and they are Abhinav Shukla, Sara Gurpal, and Nishant Singh Malkani.

He further happens to call out Jaan Kumar Sanu and his game as someone who seems to be like a fan of Sidharth Shukla instead of a contestant. He is also impressed by Nikki Tamboli and goes on to praise her for her dedication to the game and her consistent approach towards performing each task. soon, he allows unlimited access for two minutes to the contestant inside the BB Mall and allows her to take all that she wants to. It is then that she picks up a couple of things and goes all out right there.

Before announcing the eviction for the week, Salman Khan talks to Eijaz about the dark phase of his life that he was heard talking about to Sidharth Shukla. He goes on to motivate him and that is when he leaves everyone on a cliff-hanger with a revelation.

Who is going to bid adieu to the house this week? Who's game plan failed?

riti17 1 months ago It's only the 1st week, but I hope everyone fires up. Also, Nikki is being overtly promoted. Nikki is Mahira from last season.