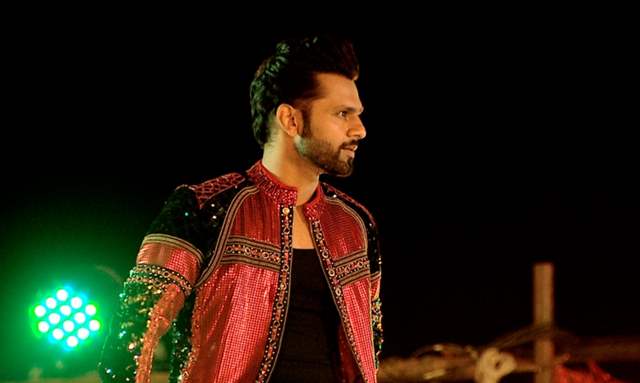 Bigg Boss 14 contestant Rahul Vaidya has had an eventful journey so far and the singer made it to the top 2, reaching the stage with winner Rubina Dilaik. While he has had his fair share of highs and lows, he believes that he has come out a better person and well, we are sure his fans would agree just as much.

As he made it to the top 2, we got in touch with the singer where he spoke about all things Bigg Boss, the journey, and more. Read excerpts from the interview here.

You mentioned briefly that you wished you did the show earlier. Tell us about your journey?

I said it because I have been able to meet myself better during the show because, in the outside world, no one tells you things because they don't care, they feel like they will meet this person so what is the point of saying anything. Inside the Bigg Boss house, you are told things, you see your shortcomings and you change those things inside the house itself, so here on, I think I will be a changed person. Things I used to say out loud without thinking that this might make the other person feel bad, I will think about it, and I think that is a big change.

What is your current equation with Nikki and Rubina?

I am not taking any grudges with me, I have said that whatever happens in the Bigg Boss house stays in the house and I will not keep any kind of negativity with me, not only for Nikki, but for everyone. When Rubina and I were sitting alone when we were in the top 2, and I wished her the best in life, she has had a very good journey and I only have good things to say about her. We were in a game and a lot of things happened including arguments and saying things to each other, but with the show ending, all is good.

In a surprising turn of events, two people who did not see each other eye to eye saw an evolved bond in Bigg Boss. How did that happen with Rubina?

Because we decided that it is the last week, let us try to be better, it is not like we would take each other on dinner, I am not sure that will ever happen, but the negativity that was present, we tried to put that aside. I have had two true relations inside the house, with Jasmin and Aly, we will meet and have dinner and chill together, with everyone else, it is cordial.

You found a strong friendship inside the house, as Aly Goni. How has that been?

Both of us are true, our hearts met on the very first day and everyone has seen it. I think he is going to leave for home soon, I have got a very nice friend and brother, met a lot of nice people, and especially, I have met a new Rahul Vaidya with the show.

Do you think your chances of winning would have been slightly higher if you did not leave the show?

I don't think it is true. Gauahar Khan had left the show and she returned and won the trophy. Because I have come second, people are going to run their minds and wonder why has he come second, and if I did come first, the same would have happened and people would have said things. Now that she won and I came second, had it also been the other way round, I would have still considered her a winner because reaching here in a show like this is a big thing. I feel that both of us have traversed a long journey and both of us have won. I don't consider myself unlucky, but I feel bad for my fans after all but the fact is that the journey has just begun and it is not the end of the world.

What is that one thing you wish to have fixed from your journey?

I had made a comment about Jaan regarding nepotism, but I did not know all these things, and it was not true and I apologized to him and that was sorted then and there itself.

A moment from Bigg Boss 14 you wish to relive?

When Bigg Boss called a band for me and he played 'Aaj mere yaar ki shaadi hai' and Disha came walking, I want to relive that moment and I am definitely going to watch it on TV once.

You officially found your companion through the show, how is that feeling?

I am very glad that such a nice girl came into my life and very soon, we will get married. For me, my parents, my girlfriend, and my personal life matters more, but work keeps going and coming, but your people are important and I feel it is extremely important to create attachments, money and success aren't things to run after, one must simply work hard.

We wish Rahul all the very best and hearty congratulations on making it as the Bigg Boss 14 runner-up.

BB 14: Team Jasmin to choose a captain from themselves with 'aapsi ...