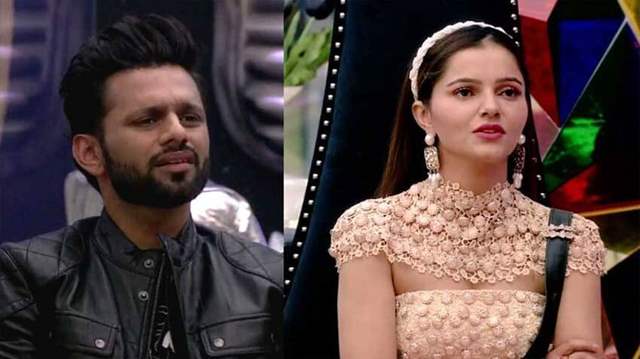 Bigg Boss 14 has been in the news for the longest time now and contestants that have been in the news are Rubina Dilaik and Rahul Vaidya. The two have had quite the rollercoaster-like journey and while they have had their own highs and lows throughout the journey.

Meanwhile, they have also had many fights inside the house and in fact, they have been declared enemies by their fans as well with fan wars happening between the two. However, it looks like things are about the change as the show has entered the finale week and we will get to witness some of their camaraderie in tonight's episode as well.

And now, as has been seen in the live feed, the two seem to have had a bet of Rs. 20,000 and decided that whoever loses it will have to pay the other person immediately after the finale. While Rubina seems to be extremely sure about winning the bet, Rahul too is equally sure. In fact, they both also mentioned that they will take money from someone, or anyone and give it to the other.

While the subject of their bet is not known, it will be fun to see what follows, especially after the promo of the dance that they shared.