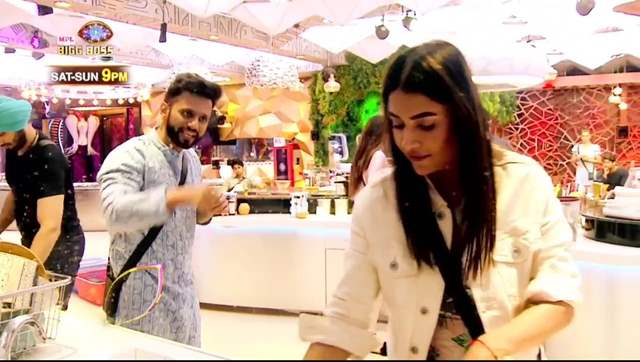 Bigg Boss 14 has been currently witnessing quite a lot of fights, however, while some of them are over household chores, some happen to take place during the tasks. However, some fights do erupt when someone feels that they are being poked and something similar will happen in tonight's episode. While fans were looking forward to seeing how things go about between Rahul Vaidya and Pavitra Punia, the two keep fighting too often.

In a promo doing the rounds, we see how Pavitra begins to talk about how people shouldn't come to speak in between when two people are having a conversation and just then, Rahul questions if it is him who she is talking about and she says yes. In no time, they are both arguing and screaming at each other while Rahul tells her to not think of her as a 'dada', however, she remains unaffected and continues to speak.

This isn't the first instance of the duo getting into an argument, however, they are also seen together on multiple instances. None the less, it looks like their arguments are going to be a thing this season as the two have indulged in quite a few of them over the two weeks that have gone by.

What do you have to say about it? Drop your comments below.