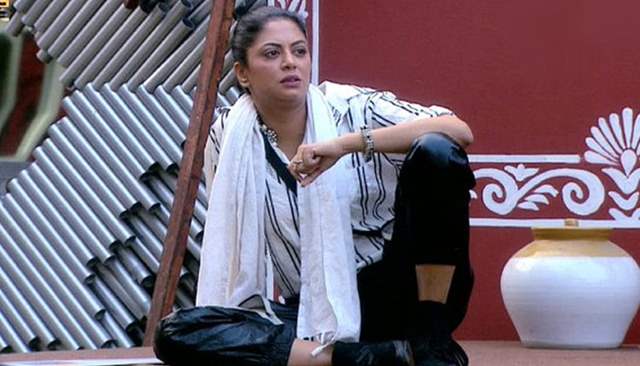 Bigg Boss 14 has witnessed a lot of fun and also a lot of drama inside the house. Actress Kavita Kaushik, who made an entry into the show as a wild card contestant, decided to walk out of the show, however, she never returned. While she did not speak about the show or her journey so far, she recently got talking to Bombay Times in an interview.

As for her decision to enter the show, she says that the decision did not work out for her, and every year that she was offered the show, she knew that she is a misfit. She added that she was also sure that she would either say something she did not mean or walk out and that is what happened. She feels that what went wrong was that she had no strategy and she took everyone at face value without being fake. She further mentioned that she lacked the art of impressing the cameras with her words and reacted to every provocation.

If she feels that she shouldn't have walked out of the house post fight with Rubina Dilaik, she adds that she is glad she did and she also mentioned that she was done with the fake fights for building an image and she could raise her hands out of helplessness and she did not want to do so. She mentioned not having started a fight in the house and she was only provoked into them. She mentioned that she is not the person and her good qualities are not being highlighted on the show and she wasn't that desperate so when she got an option to leave, she felt lucky.

About the entire episode regarding Ronni Biswas tweeting about Abhinav sending her drunk messages and her relation turning sour, she revealed that she did not know Rubina but she did know Abhinav and what happened was sad. She added how husband Ronnit felt helpless when the fight with Aly Goni happened and Abhinav told her 'laafa marunga.' Her husband decided to vent on Twitter when she walked out and mentioned the conversation of what lead to their friendship ending in the past and he deleted it later because the anger subsided and it felt embarrassing for both parties to talk about the past. However, she does understand Ronnit's feelings and she does not hold the messages against Abhinav since everyone does stupid things and she has done worse. While she admitted that it is their bad to have spoken about it, it wasn't a lie. She also mentioned that the two will ignore each other if they happen to bump in the building with grace.

She also spoke about everything that went down with Eijaz Khan and mentioned that it was surprising because he is an acquaintance, and a senior but not a friend. She further added how everyone reacted to her conversation with Salman Khan where she told him about what happened and that it only sounded harsh because she was angry but that they gave the tag of being unkind was hilarious. She mentioned that she took care of a number of strangers during the lockdown and she does not want to speak of them. However, she did add that it is immature of those to misunderstand the issue as she has been around for 20 years and her life has been about an act of giving.

As for work, she says that after working for over 2 decades, one is likely to feel stagnated and she has done most roles she aspired for. And now, she will do something that motivates her, as currently, she feels she is happy and satisfied.