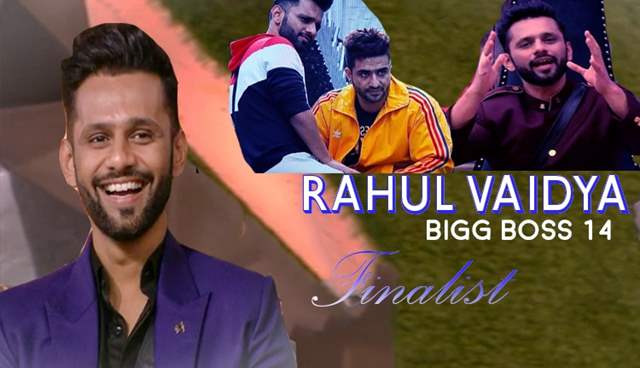 Bigg Boss 14 is just hours away from gettings its winner and well, it is known that everyone has had quite a journey. All the finalists inside the house at this moment, have been through their highs and lows but managed to make a mark of their own.

As for Rahul Vaidya, it is no different. The singer has had an impressive journey and though he seemed to have his share of challenges, he decided to stick to the game and not back out. With the show and his journey coming to an end, here are some of the highlights of his journey.

It was one of the initial debates and fights that went about inside the house and while he did have a fair point to make, it did not go down very well with many. In fact, even Salman Khan himself, chose to school him on the same, telling him how it was uncalled for. Nonetheless, with the debate around nepotism at an all-time high, one cannot blame the reactions that came in from everyone, including netizens.

Rahul sure managed to win hearts when he decided to propose to his ladylove Disha Parmar on national television and while it was called various things, including a PR stunt, many were in absolute awe. It was a huge step and though no one saw it coming, it was a treat for all his fans and the audience of the show as well.

His fights with Rubina Dilaik

The two never saw eye to eye on anything and while they both have said all kinds of things to each other in rage, and while he has been questioned about the same on multiple occasions, he mentioned that he happens to have argumennts with just her, and it is not for limelight or any such thing.

One of the highlights was also him walking out and though not everyone was sure that he would return, he did make a return after all, in a way, it happened to be stronger than before and he has also been praised. While he left due to the fact that he was feeling rather lonely, his spirits did bring him back to the house.

His friendship with Aly Goni

One of the finest bonds that naturally developed inside the house was his bond with Aly Goni. We have always seen how the two have stood by each other and been the support system. It was after Aly's exit that things seemed to have become difficult for Rahul as well and he then quit the show.

With the finale here, we are sure Rahul would feel just as overwhelmed as his fans when he looks back on his journey!

1 months ago This guys is not at all deserving